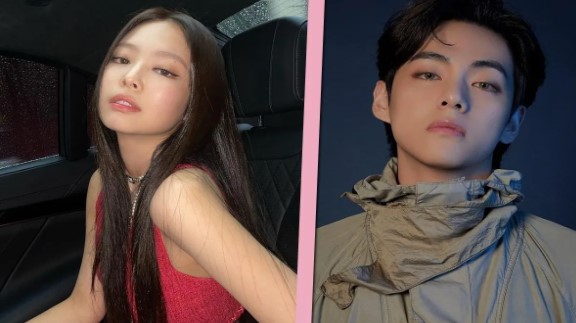 The photo of a couple riding in a car aroused suspicion in the world of K-Pop, is it Jennie from BLACKPINK and V from BTS? Find out the details.

Recently, a couple of photographs began to steal the eyes of K-Pop fans, first in South Korea and then reaching different parts of the world, these are images where a boy and a girl ride in a car while he drives , however the details were familiar to many idol fans.

The boy who is driving has a look similar to that of V from BTS and the person next to him has been pointed out as Jennie from BLACKPINK, many netizens shared the photo giving their opinion about it and dwelling on some details such as the fact that the woman in the photo even wears Gentle Monster glasses.

This sparked rumors and coincidentally the topic hit the internet shortly after suspicions were sparked that the relationship between Jennie and G-Dragon had ended, but what is the truth in all this?

IS THE PHOTO OF JENNIE AND TAEHYUNG IN A CAR REAL?

Apparently the photograph where we supposedly see Jennie and V was taken on a trip to Jeju Island, where both idols have recently met with fans of each of the groups.

However, while some claim that it is the K-Pop singers, others think that it is just an edition, leaving many doubts and giving way to more theories.

Initially neither BigHit nor YG Entertainment had expressed an opinion on the matter, without denying or confirming anything on the subject, however it was the company that represents BLACKPINK that spoke briefly about the photos and gave an answer, although it was not the one that many fans expected:

We have nothing to say (about this). We will let you know if we have a different answer to share

We also tell you who is the BLACKPINK member that LE SSERAFIM’s Kasuha chose as her bias.

What does the flock mean for the end of the series