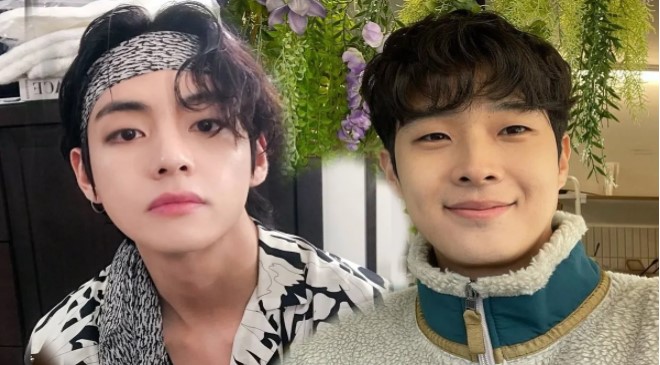 BTS’s V shows his closeness to the Wooga Squad, and the interactions between these celebs never fail to steal heads.

Every time the stars get together or share a photo together, fans’ hearts race, but now it’s not the only way we see them interact and have fun.

Ever since the Bangtan Sonyeondan boys released their individual Instagram accounts, Taehyung has made his way into the comments of his friends’ photos and that of course includes the guys who make up Wooga.

V AND CHOI WOO SHIK’S INTERACTIONS ARE SWEET AND FUN

Recently, the Our Beloved Summer actor shared a new photograph on his account, where we see him holding a camera in front of his face and showing a grimace, V came across this photo and did not hesitate to leave a comment:

But the fun would continue when Choi Woo Shik responded with a witty and flirtatious comment:

Quickly the exchange of comments turned into a fun conversation where Taehyung even brought up that he had used a perm for his hair look before Woo Shik, so fans of both became observers of this entertaining interaction. LOL!

Did you know that V sings the OST for Choi Woo Shik’s new drama? We tell you what new achievement the idol added to his career thanks to this melody.

Bella Hadid Was Victim Of Abuse In Victoria’s Secret