The year is 1997: the Spice Girls rampage through the music, Nicolas Cage spins AAA movies one after another, and is considered one of the best years of the video game because masterpieces such as GoldenEye 007, Castlevania Symphony of the Night, Final Fantasy VII appeared, Fallout, Age of Empires … In the field of mobile phones, it is an essential year, because Nokia launches its very famous Nokia 3110.

An essential year at Apple: the return of Jobs

And Apple is also a crucial year in the history of the company, because after a few years of poor results, profits return in 1997 with the man who started it all. Because in 1997 Steve Jobs returned to Apple and turned it into the computer giant that we know today. That year, on July 26, Apple released Mac OS 8, the successor to 1991’s Mac OS 7.

Mac OS 8 emphasizes color more than previous versions. Launched over a series of updates, the new version of the operating system represents an incremental integration of many of the technologies that had been developed from 1988 to 1996 for Apple’s ambitious operating system called Copland. Mac OS 8 helped modernize Mac OS as Apple developed its next-generation operating system, Mac OS X (renamed in 2016 as macOS). 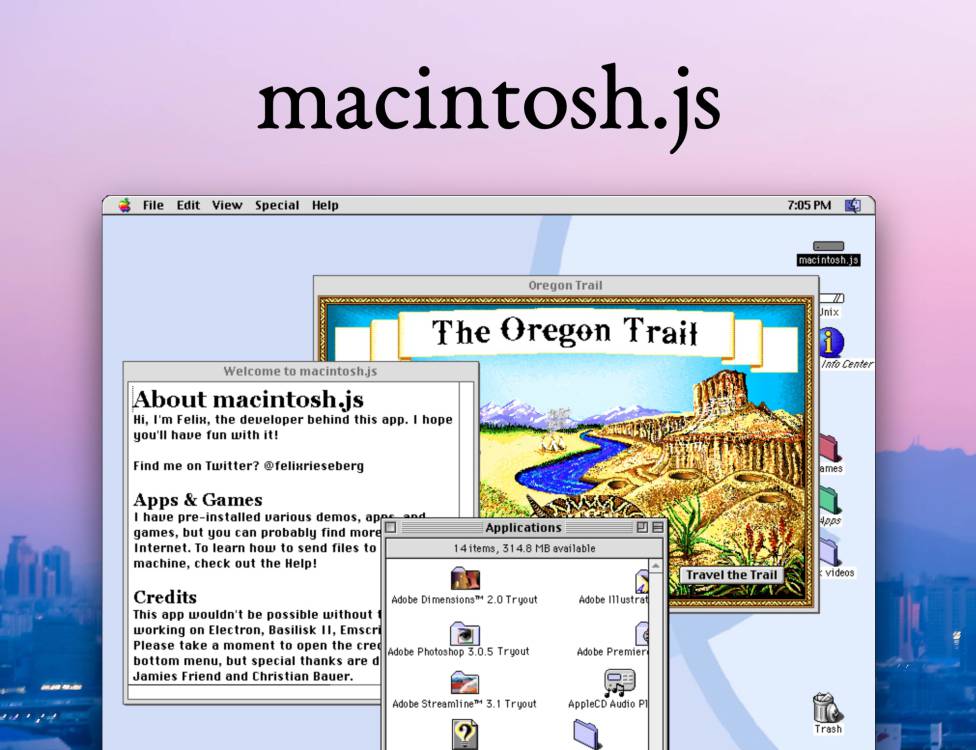 Mac OS 8 is one of Apple’s most commercially successful software releases, selling over 1.2 million copies in the first 2 weeks. And one of its best stories is that, as it came at a difficult time in Apple’s history, many hacker groups refused to hack and distribute the new operating system, encouraging people to buy it instead.

Updated with new versions, Mac OS 8.0 introduces the most visible changes on the line, including the Platinum interface and a native PowerPC multithreader. Mac OS 8.1 introduces a new and more efficient file system called HFS Plus. Mac OS 8.5 is the first version of Mac OS that requires a PowerPC processor, and includes native PowerPC versions of QuickDraw, AppleScript, and the Sherlock search utility. Its successor, Mac OS 9, was released on October 23, 1999.

Obviously, we are talking about an operating system that was launched 23 years ago, so for today’s OS it is practically an archaic, prehistoric system – it is the problem of the very rapid evolution that OS have had since we changed the century. But without a doubt, sitting in front of a team with mac OS 8 is as much a lesson in the history of Computing for those who have never managed it, as a whole throwback of pure nostalgia for those who used it in their time.

A mac OS 8 for Windows and Linux

Felix Rieseberg, a Slack developer who brought us the great Windows 95 emulator a couple of years ago, has created an application that emulates Mac OS 8, which can be downloaded and run on MacOS, Windows or Linux. This piece of software emulates Mac OS 8.1 as if it were installed on a 1991 Macintosh Quadra 900 with a Motorola CPU – before Apple moved on to the PowerPC architecture.

CardiVu application can measure the pulse of the pupil

Sia: Addictions, A Misdiagnosed Bipolarity And A New Ailment

A Matchmaking Application Leaked the Information of Millions of Users

Chinese Microbiologists Seen the Arrival of Corona Virus 13 Years Ago