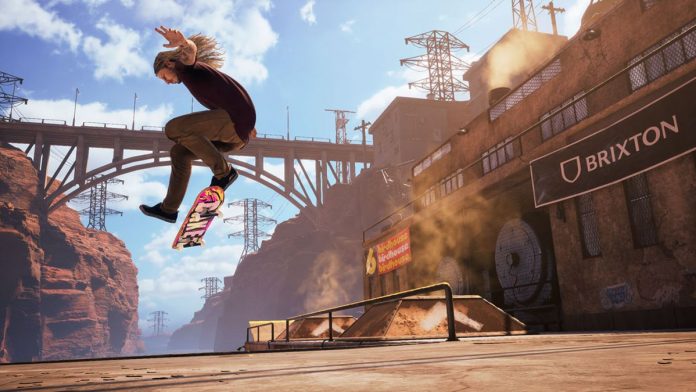 The Vicarious Visions remakes have been updated to take advantage of the new generation, but they are causing problems on the Microsoft console.

Following its successful release on PC, PS4, and Xbox One last year, yesterday, March 26, Tony Hawk’s Pro Skater 1 + 2 arrived on PlayStation 5 and Xbox Series. Vicarious Visions had promised improvements for the joint remake of the first two installments on next-gen consoles: PS5 takes advantage of the haptic feedback functions and adaptive triggers of the DualSense controller; Series X has a more traditional controller, but it shares the important technical tweaks, with improvements in shadows, reflections, textures and the option to opt for 4K resolution at 60 fps or go up to 120 fps in 1080p. That was the theory at least, because in practice for many it is being impossible to play this latest version.

Lock and fix for Xbox One edition

The problem that users are reporting since yesterday on networks such as Twitter, Reddit or ResetEra consists of a crash shortly after starting it on Xbox Series X, which in some cases prevents even going from the main menu or even the terms of service agreement.

Its origin seems to reside in the Activision servers, so, in the absence of a patch that fixes the error, a possible temporary solution for cases in which the Xbox One version is available and the Cross-Gen package is to disconnect the internet console. That way we wouldn’t benefit from the upgrades (free for buyers of the Digital Deluxe Edition, paid for those who have the Digital Standard), but we could at least start it and play in the meantime, as progress is saved and compatible between versions.

Activision has yet to comment on it, but considering the number of reported cases and that the game has just come out, it should be a matter of time. Waiting we also continue with the version of Switch, recently announced and scheduled for launch in 2021, but still without a firm date.