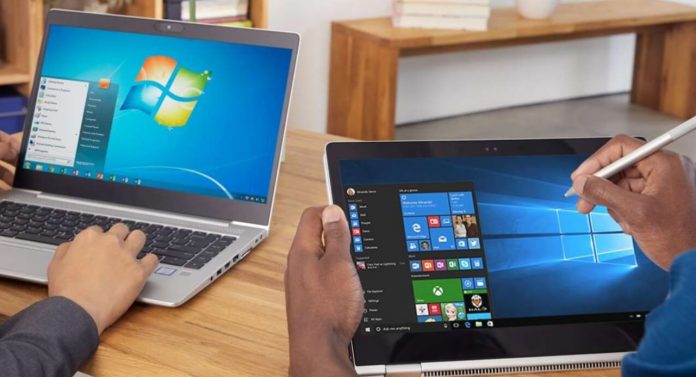 Developed by Microsoft and loved by users, Windows 7 continues to be on the agenda with its use. It is stated that despite the end of official support, millions of users continue to use the operating system. The high number of uses shows the visual design difference between Windows 7 and Windows 10.

Windows 7 was first released on October 22, 2009. Official support for Windows 7, which has earned the title of “the most used operating system” since then, ended on January 14, 2020. The insistence of users continues to use the operating system that has not been supported for almost 1 year.

It has been 1 year since the last update release for Windows 7, which has been supported by Microsoft for many years. Despite this, it is stated that millions of users continue to use the operating system. However, this situation brings with it great security risks. Because the vulnerabilities of an operating system that does not receive update support invite hackers.

With the end of support from Microsoft, many tertiary software ended support for Windows 7. However, this did not discourage users from using Windows 7. It is stated that the number of computers with operating systems that pose a live security risk is currently around 100 million.