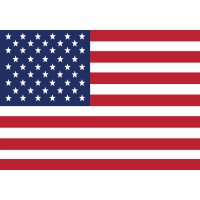 USA: It turned out that US soldiers uploaded information of US bases in Europe to flashcard applications to memorize. Information shared online and publicly revealed the location of the US nuclear weapons in Europe. The United States neither confirmed nor denied the information that emerged.

It turned out that soldiers serving at US bases in Europe accidentally leaked the locations of nuclear weapons in Europe. The vulnerability that Bellingcat uncovered caused a scandal in the world.

US soldiers reveal US nuclear weapons locations in Europe

According to the recent and controversial incident, the aforementioned US soldiers downloaded some “information card” applications because they could not remember the information they had to learn about the nuclear weapons in the US bases in Europe. State secrets entered into applications like Quizlet and Cram as brief information, by searching the internet for keywords for information; appeared by accident.

Information about many US bases in Europe and the nuclear weapons in these bases was shared publicly on the Internet. Countries such as Turkey, Germany and the Netherlands were also involved in the error that caused the disclosure of location information in particular. The US, which has preferred to remain anonymous about the locations of its nuclear weapons, has neither confirmed nor denied the information revealed as a result of the incident. Information cards were removed from the sites they were shared with.

Ship Quarantines In Maranhão After Crewman Picks Up Covid-19