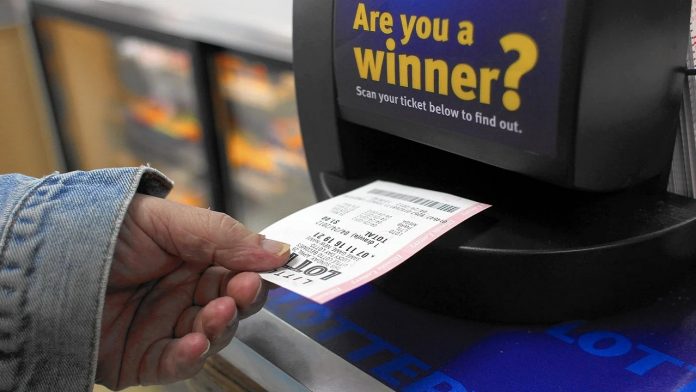 USA: A lucky woman who received a $ 26 million bonus for the lottery ticket she bought in the USA, made one of the saddest mistakes of her life by washing this ticket in the washing machine. The bonus of the woman who tries to prove that she bought the ticket will be used to support public schools because it is not received on time. Imagine that there is a $ 26 million jackpot on the lottery ticket you bought. If you were excited enough, now imagine that you accidentally throw that ticket into the washing machine and wash it with plenty of fabric softener. Unfortunately, this painful scenario happened to a woman in the USA.

The bonus, announced on November 14, was on the ticket bought by a lucky winner, but when May 14, the last day for the application, no one has visited the grand prize yet. Later, the lucky woman stopped by the store where she bought the ticket and explained the situation and that she bought a ticket from that store, but accidentally washed it in the washing machine; hence she said she could be the lucky person herself.

The footage confirms that the woman bought the ticket:

The manager of the store where the ticket was sold says there are images proving that the $ 26 million lucky ticket was bought by the woman who made these allegations. In such cases, ticket owners try to prove the situation with photos if they do not have a ticket. The images have been delivered to California Lottery officials and investigations are ongoing. However, it is said that the bonus will be used to support public schools because it is not received on time.

In such a case, the unreceived bonuses are used to support public schools in California through the California Department of Education. Had it been confirmed that the lottery ticket belonged to the woman and had not been late, the bonus could have been received over time as a cash payment of $ 19.7 million at a time or divided over years. However, in this scenario, $ 19.7 million will go directly to public schools.

Facebook does not want to notify users of data leakage