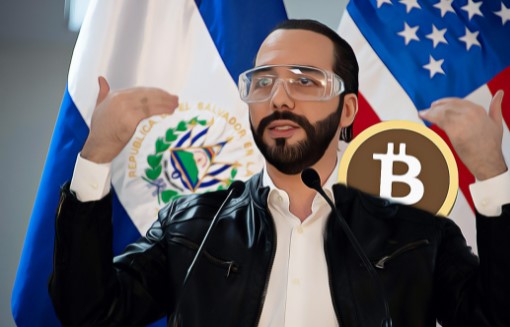 A group of US senators began drafting legislation on the grounds that El Salvador’s adoption of Bitcoin as the official currency poses a threat to the US financial system. El Salvador President Nayib Bukele reacted to the situation with a post he made on his Twitter account.

Reaction from the President of El Salvador to the US Senators

A group of US senators took action on the grounds that El Salvador’s Bitcoin move poses a threat to the financial system. The senators, who called the authorities to take action and made statements claiming that money laundering was paved in El Salvador, did not receive a response from Nayib Bukele.

Bukele, who reacted to the US senators with his post on his official Twitter account, stated that the US does not have the authority to interfere in its internal affairs and that El Salvador is a free country.

El Salvador is on the Radar of Global Financial Institutions

El Salvador has faced criticism from many global financial institutions for adopting the leading cryptocurrency Bitcoin as the country’s official currency. In particular, the IMF wrote in its El Salvador report that the country’s financial stability is under threat, potential risks are ignored, and that a step back should be taken as soon as possible. Moreover, these criticisms were not limited to global financial institutions. With the Bitcoin move, Nayib Bukele also received intense criticism from Vitalik Buterin, the founder of Ethereum.

Nayib Bukele, who received criticism from many authorities on a global scale, has not yet backed down from the Bitcoin move. El Salvador has continued to add BTC to its reserves at regular intervals since the adoption of Bitcoin as the official currency.

Wall Street Veteran Draws Attention to 4 Altcoins: These Are the...