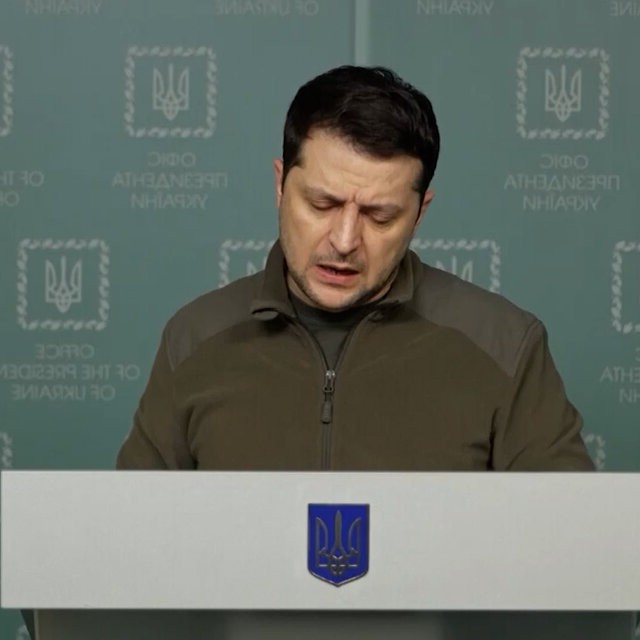 As the Russia-Ukraine war continues, there has been a sharing from the United States senators that will put the President of Ukraine Volodomir Zelenski at risk. The two senators shared photos of a Zoom meeting with the president, despite Zelenski’s request.

On February 24, Russia launched a military operation against Ukraine; In other words, after the official declaration of war, we come across new news about the subject every day. As it is known, this move of Russia was met with reactions from the whole world and led to the imposition of sanctions. It was also stated that thousands of soldiers and hundreds of innocent people lost their lives in the ongoing war.

Ukrainian President Volodymyr Zelenski, whose journey we shared with you from being a comedian to politics, was also among the names that took the lead in this crisis. The news since the war started showed that the 44-year-old president was involved in the war and was trying to support his country. Now an interesting thing happened.

Two US senators shared footage of a Zoom meeting with Zelenski

The Ukrainian Ambassador very intentionally asked each of us on the zoom to NOT share anything on social media during the meeting to protect the security of President Zelenskyy. Appalling and reckless ignorance by two US Senators. https://t.co/geolhKxbLp

According to the reports, President of Ukraine Zelenski held a meeting with the senators in the United States on the popular video conferencing platform Zoom to discuss the war situation the other day. However, there was an undesirable situation related to this meeting.

According to the statements, Zelenski made a very important request from the US senators for his safety, asking that no image about this meeting be shared on social media. However, heedless of this request, the two senators shared on Twitter about their meeting with Zelenski, in a gesture that could be described as “insensitive and careless”.

Montana senator Steve Daines and Florida senator Marco Antonio Rubio shared on Twitter. In their posts, both senators took a screenshot of Zelensky during the meeting and said, “We are currently meeting with President of Ukraine Zelensky.” After these shares, the images spread across social media and news sources, showing that despite Zelenski’s request, his safety had been compromised.

As it is known, although the war continues on the territory of Ukraine, social media platforms play an important role in making people’s voices heard for the crisis. However, content such as disinformation and senators’ posts; increases the possibility of bad results and shows us how important the use of these channels is today.