Home Tech US Researchers Confirm: ‘N95 Masks Can Be Cleaned And Reused’ 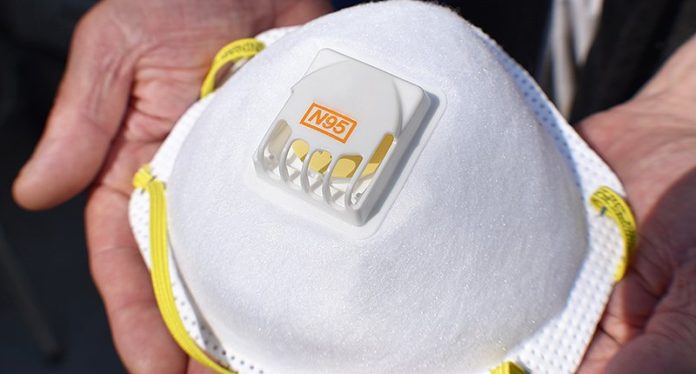 It has been explained that some methods are effective for using N95 masks used by healthcare workers two or three times due to coronavirus precaution.

On Wednesday, researchers from the US National Institute of Health (NIH) announced that there are some effective methods for removing viruses from N95 masks used by healthcare workers, thereby confirming that the masks can be used multiple times.

It was stated by the research team that N95 masks, which are produced for single use, can be reused during the crisis period. U.S. Centers for Disease Control and Prevention (CDC) also said that in March, rare masks could be reused due to the Covid-19 pandemic.

In the past few weeks, the U.S. Food and Drug Administration (FDA) also urgently approved several methods for mask removal, according to the New York Times. It is stated that none of these methods are recommended for cloth masks or should not be tried in public spaces used by many people. For homemade cloth masks, CDC also recommends washing the masks regularly in the washing machine.

14 scientists took part in the research carried out in the Rocky Mountain Laboratories of the US National Institute of Allergy and Infectious Diseases. In the research, SARS-CoV-2 virus causing Covid-19 disease was used to test the mask material, which purification methods were used and how much it affects the integrity of the masks.

Los Angeles and other government researchers, co-working with scientists at the University of California, Vincent Munster, co-author of the new study, stated that the study has been based on research on purification for more than a decade: “It works for the flu as well as SARS-CoV-2 we showed that it works. ”

The article published on the MedRxiv website without the approval of the referee, also published NIH with the thought that it can help healthcare workers during the crisis.

To eliminate the virus on the mask, Dr. 4 methods tested by Munster and colleagues: Ultraviolet rays, dry temperature, evaporated hydrogen peroxide (VHP) and ethyl alcohol. Even if the researchers kill the virus among these methods, it does not recommend ethyl alcohol because it damages the mask material. It has been stated by researchers that evaporated hydrogen peroxide and ultraviolet rays do not damage the mask material. The dry temperature of 70 degrees can purify the mask, but the mask can withstand this application twice.

Dr. “If ready, evaporated hydrogen peroxide would be the preferable method,” said Munster.