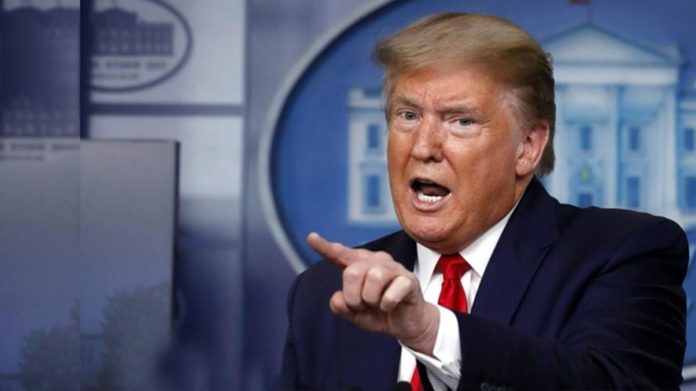 The USA, the country where the coronavirus has spread the most, with 602.989 cases and 25.575 deaths, announced that they have suspended their funding support to the World Health Organization. US President Trump accuses WHO of his proximity to China.

Donald Trump, the head of the United States, the country most hit by the coronavirus epidemic, announced that he had recently suspended the fund paid to the World Health Organization, which he criticized and said they would cut their support. Speaking at the press conference on the Coronavirus Task Force at the White House, President Trump held WHO responsible for the spread of the coronavirus worldwide.

Stating that WHO was working for China in the first place and for this reason it was misleading the whole world, Trump said, “Today I order my management to stop the fund we provide for the World Health Organization. Everyone knows what’s going on there. ”

Stating that his administration has examined WHO’s negligence regarding the outbreak and covering up some incidents, the US President stated that the fund, which is between 400 and 500 million dollars a year, will no longer be given to WHO. In his continuation, Trump said that China invested only $ 40 million in WHO.

Trump: WHO should be held accountable
US President Donald Trump added that WHO did not conduct a reliable investigation into the outbreak that started in Wuhan at first. “The World Health Organization, which has not been able to fulfill its most basic duty after all these years, should be held responsible,” said Trump, showing the late steps taken by WHO as the reason why the coronavirus turned into a pandemic.

BAFTA Games 2020 Winners Announced For The Most Successful Games

BTS movies and concerts come to TV, How to watch them