Home Crypto US Politician Announces 3 Metaverse Coins That Will Explode in 2022! 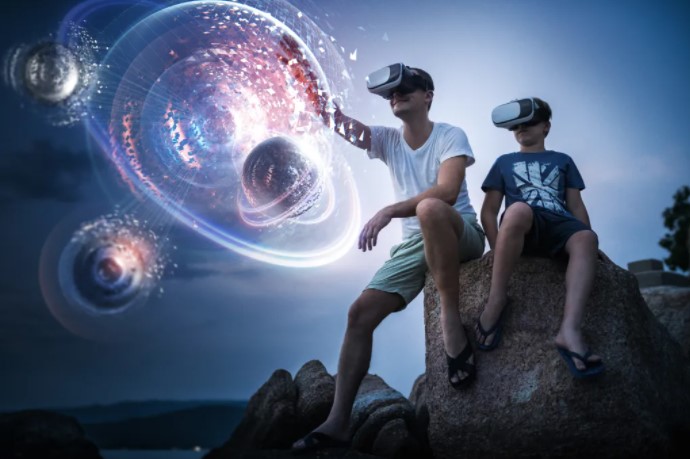 Does the Metaverse have a future?

Just as Apple made smartphones a must-have gadget with its launch of the iPhone, Facebook’s decision to rebrand as Meta Platforms has taken the metaverse into the mainstream, although the concept has been around for years. However, it is also possible for the metaverse to go down in history as the 3D television version of this decade that failed to garner widespread attention and was quickly forgotten. “I think it could be the ‘flying cars’ promise of the 60s,” commented Brian Mosoff, CEO of Ether Capital, quoting a futuristic technology.

Brian Mosoff says that although his firm has run a lot of virtual worlds on the Ethereum Blockchain, it’s a bit of a bear on the metaverse base. Metaverse advocates promise that in the future, the metaverse will change the way people work, play and interact. But Brian Mosoff has his doubts that the technology will live up to the enormous hype and that it will be more than a fad. In contrast, David Gokhshtein, a long-time believer in cryptocurrency and an influencer who runs Gokhshtein Media, believes in the metaverse. Over time, he thinks virtual worlds will become a place where people shop and socialize:

I don’t think he died because it was an escape for many people. With everything going on globally with this pandemic, people are turning to social media to continue and talk because restrictions are everywhere.

David Gokhshtein says the need to connect with others as the coronavirus continues to spread is driving people to host parties on the metaverse. Gokhshtein notes that the metaverse is also an ‘untapped’ opportunity where businesses can buy virtual land, set up virtual stores and build real-life loyalty with their customers:

You will have popular name brands – say, Nike, Adidas – that will build stores and sell their products in the metaverse. Because from a psychological standpoint, I feel like people will become overly dependent on the metaverse and spend hours on it. People will go ahead and spend their time in the metaverse. There is an excellent opportunity for companies to come and advertise.

3 metaverse coin projects to watch in 2022

Like it or not, the metaverse and its associated cryptocurrencies probably won’t disappear overnight. David Gokhshtein considers the following three metaverse coins to stand out among their peers. These altcoins include both established leaders in the emerging space and promising ones.

A virtual reality platform that allows users to create and monetize content. Founded in 2015, Decentraland is one of the most obvious ways to play the metaverse movement. As evidenced by the fact that its native token has increased 39 times this year. Built on the Ethereum Blockchain, the metaverse coin has a total supply of 2.2 billion units in circulation. However, this mark will drop further as tokens are burned in auctions. David Gokhshtein comments:

As for the Metaverse base, obviously Decentraland and Sandbox are my favourites. I love them very much, especially Decentraland. It hasn’t been around for a long time.

A Blockchain-based video game with a digital world where users can create and exchange digital assets. Like MANA, SAND exploded as awareness of the metaverse increased. The crypto has gained 136 times, despite a drop of over 42% from the record level set in November. Since then, investors’ risk appetite has dropped dramatically, which has led to broad selling of both cryptocurrencies and stocks. David Gokhshtein says:

In The Sandbox, alongside Snoop Dogg, there are people who pay a crazy $1.5 million to own land. Imagine when the Kardashians and all the other celebrities arrived. People will pay huge sums of money to buy virtual real estate and be with them.

A Blockchain-based video game where users can purchase in-game assets. At just one-eighth of a penny going into the year, GALA put the phenomenal gains of Decentraland and Sandbox to shame. A $1 investment in the token on January 1 will be worth $323 by December 20. David Gokhshtein shares these thoughts:

Gala Games, I like it. I think they had a huge party two days ago. A two-day party in Las Vegas, I was told by those who attended: It wasn’t real. That’s why I have very high expectations from them.

Giant Fund Manager Announces 4 Altcoins That Will Explode in the...

Web3, Metaverse and Meme Coin Analysis: These 10 Coins Have Jumped!