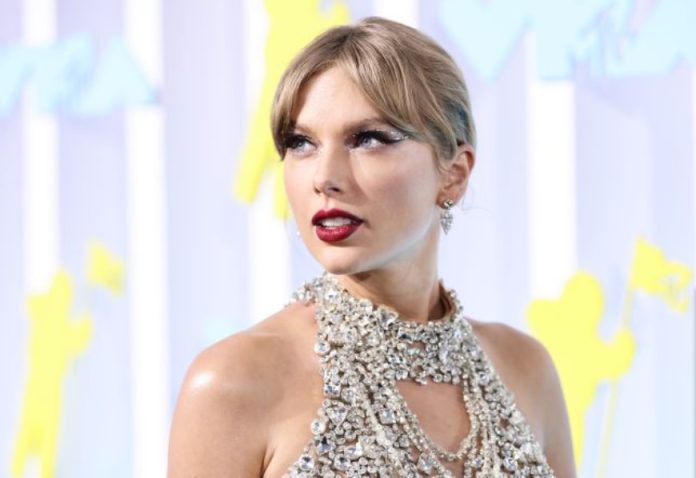 Ticketmaster previously said there had been “historically unprecedented demand” as “millions” of Swift fans attempted to secure tickets to ‘The Eras Tour’.

Then on Tuesday (November 15), the pre-sale began, and fans subsequently complained on social media about the long wait times and interruptions to the website. The Guardian also reported that tickets were quickly being put up on sites such as StubHub, priced up to $22,700 (£19,100) each.

Addressing the technical issues, Ticketmaster said that “the site is not working” and stated that “people are actively buying tickets.”

However , a message in the company’s customer support feed on Twitter read: “We know that fans may have periodic problems with the site, and we are urgently working to solve them.”

Ticketmaster later released another update in which the firm said there was “historically unprecedented demand” as “millions” of Swift fans tried to get tickets for “The Eras Tour.”

The pre-sale for some dates of stay has been postponed. Tickets will go on sale to the general public tomorrow on Friday (November 18).

Last night (November 17), Scrmetti said during a press conference that he was concerned about reports of problems, but added that there are currently no charges (via The Hill).

“We received a number of complaints, and it was widely reported in the press that the ticket sale process did not go smoothly,” the Prosecutor General explained.

“My job is to enforce consumer protection and antitrust laws in Tennessee.”

Scrmetti said he was launching an antitrust investigation because Tennessee—Swift’s home state—is a major music market.

In addition, he acknowledged that Live Nation Entertainment dominates about 70% of the live music industry, and how it affects paying customers (LiveNation merged with Ticketmaster back in 2010).

“Whenever you have such a concentration of market share, there is a risk that the lack of competition will not only lead to higher prices for consumers,” Scrmetti said, “but also reduce the quality of the product.”

Elsewhere, Congressman David Chichillin, who oversees the House Committee on Competition and Antitrust Regulation, tweeted: “Excessive waiting times and Ticketmaster fees are completely unacceptable, as seen from [Taylor Swift’s] tickets today, and are a symptom of a more serious problem.

“It’s no secret that Live Nation-Ticketmaster is an uncontrolled monopoly.”

Cicilline added: “The merger of these companies should never have been allowed in the first place, which is why I joined @FrankPallone, @RepJerryNadler and @BillPascrell to urge the Justice Department to investigate Live Nation’s attempts to raise prices and stifle competition.”

New York Congresswoman Alexandria Ocasio-Cortez added: “A daily reminder that Ticketmaster is a monopoly, its merger with LiveNation should never have been approved, and they need to be controlled. Smash them.”

Ilhan Omar, the U.S. representative in Minnesota’s 5th congressional District, tweeted: “Part ways with Ticketmaster”. You can see this post and a number of other reactions above.

Last month, US President Joe Biden announced that his administration would consider the issue of fees for tickets to live music concerts (via BBC News).

Ticketmaster is already under government control, and this measure was taken when the purchase of LiveNation was approved.

Back in January, Live Nation and Ticketmaster were sued for allegedly violating antitrust laws, while the plaintiffs claimed that the companies engaged in “predatory” behavior in order to monopolize the concert ticket market.

“The Eras Tour” will be Swift’s first concert since 2018. It will begin in March next year in Arizona and will end with a series of concerts in Los Angeles in early August. Throughout the run, the star will be joined by alternating guests including Paramore, Beabadoobee, Phoebe Bridgers, Girl In Red, MUNA and Haim.

Taylor Swift recently confirmed that a UK tour in support of “Midnights” will be announced soon. Fans who have pre-ordered the album will be able to access exclusive pre-sale tickets when they go on sale.