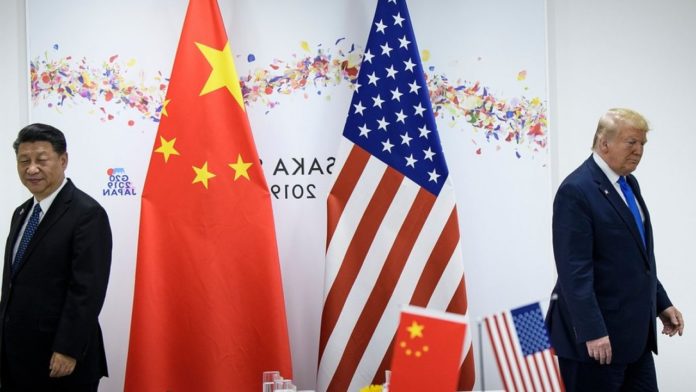 US President Donald Trump announced that his country has reached an agreement in the first phase of trade negotiations with China. If the agreement could not be achieved, a 15 percent customs duty would be applied to the products produced in China.

For the time being, an agreement has been reached between the US and China to end the long-standing trade wars. US President Donald Trump said on his Twitter account that the first phase of trade negotiations with China resulted in an agreement.

With the preliminary agreement, billions of dollars of US customs duties on goods produced in China are expected to be canceled or postponed. The ceasefire in the trade war between the two largest economies of the world triggered the rise in US stocks. If the agreement was not reached, the US’s new tariffs on China would enter into force on Sunday (December 15th).

Describing the deal as “great for all,” Trump said he would not wait for the 2020 presidential elections for second-stage talks, and that they would begin talks immediately.

If the new tariffs came into force, goods such as smartphones, clothing and toys made in China would become much more expensive for US consumers on Christmas Eve. According to the agreement, the US will go to a major reduction in the $ 360 billion tariff on Chinese products. In return, China will buy large quantities of soy, poultry and other agricultural products from the United States.

China assigned ‘structural reform’
While the agreement is in principle, it is said that if China violates the agreement, the United States may reapply its customs duties. Customs duty on certain goods produced in China will remain at 25 percent, while the customs duty effective on September 1, 2019 will be reduced to 7.5 percent. The document, published by the US Trade Representative, emphasizes that China promises to take steps on ‘structural reforms’ in the coming years, as well as receiving agricultural products from the United States. These structural reforms include intellectual property, technology transfer, agriculture and financial services.

China’s Deputy Minister of Agriculture and Rural Affairs confirmed the agreement, but did not provide information on the amount of products to be purchased from the United States or the details of the agreement.

PGA Awards 2021: check out the full list of nominees