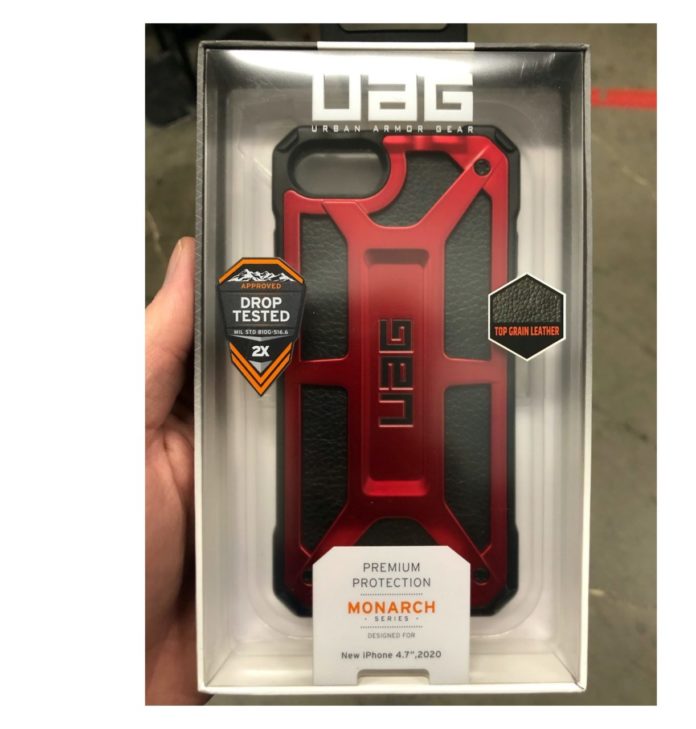 We can be closer to iPhone SE 2, which has been expected for years, or iPhone 9, as we’ve never been before. A 4.7-inch iPhone case designed by the famous American phone case manufacturer Urban Armor Gear, which was recently prepared for sale, caused a new wave of excitement and rumors.

Although we do not have an official release date for iPhone 9, which has been the subject of many rumors, we estimate that we will meet on the phone in a short time. According to the information provided by 9to5mac, case manufacturers started sending the cases they designed for the budget-friendly iPhone model to online retail sites like Best Buy this week.

Urban Armor Gear, a popular case manufacturer, allegedly belongs to the iPhone 9, and the box says “New iPhone 4.7 inches, 2020”. However, the retailers in question were instructed not to sell the new cases until April 5th. It is unlikely that April 5 will be the release date of iPhone 9, however, it is not surprising if a surprise statement comes from Apple.

Estimated case designed for iPhone 9
We have been waiting for a very long time for the new generation of iPhone SE introduced in 2016. Some news reported to the press earlier this year claimed that the device, which received the name iPhone 9, will go into production in February and will go on sale in March 2020, but for now, these expectations have not met. The coronavirus outbreak may also be effective in this delay.

The iPhone 9 design is expected to resemble the iPhone 8 and have Touch ID technology instead of FaceID. The smartphone, which will come with a 4.7-inch screen, will be supported by the A13 chip, combined with 3GB of RAM, 64 / 128GB of storage. In addition to the new budget-friendly model, there will probably be a larger 5.5-inch version called the iPhone 9 Plus. While the base price of the 4.7-inch model is expected to be $ 400, there is no price estimate for the Plus model.