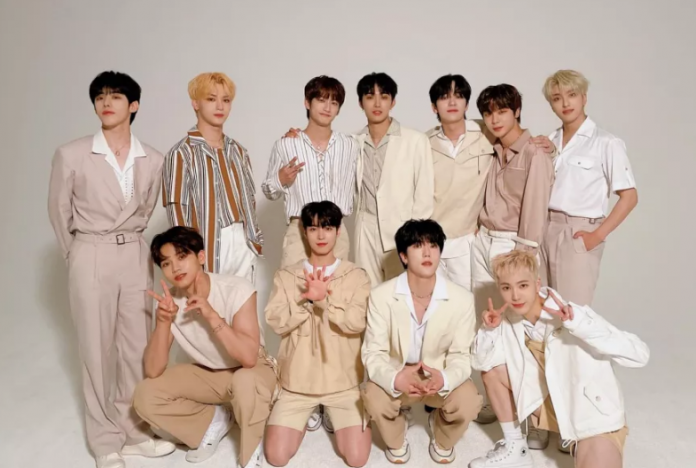 The promoter of the OMEGA X tour, MC Entertainment, reacted to the cancellation of the band’s concert in New York.

Shortly after Spire Entertainment announced the sudden cancellation of the OMEGA X concert in New York and detailed their problems with MC Entertainment, the tour promoter released a new statement. In the post, they refer to the logistics problems with the cancelled OMEGA X flights and announce that the concert in New York will now take place on October 4 at the same location, and the rest of the tour will go according to plan.

Hello everyone, due to some problems in logistics, the flight from Santiago, Chile to New York State, today’s concert is postponed from Monday to tomorrow, Tuesday, October 4, where all the benefits have already been purchased such as Code1Zone. We want to take advantage of this and publicly apologize to the fans, Spire Entertainment and the wonderful guys from Omega X. The tour will continue as planned.

We sincerely apologize for yesterday’s mistakes when buying tickets for Omega X.

Unfortunately, OMEGA X had to cancel their concert in New York.

On October 3, local time, OMEGA X Spire Entertainment agency published statements in Korean and English explaining the cancellation of their concert in New York, which was scheduled for the same day. The band recently completed the Latin American leg of their 2022 “CONNECT: Don’t Give Up” world tour before heading to New York to begin their US leg.

Read the agency’s full statement in English below:

Hello.
This is Spire Entertainment.

It is with a heavy heart that we announce the sad news to all the fans who have been waiting for OMEGA X concerts for a long time.

We regret to inform you that OMEGA X will not be able to perform at their concert in New York as part of the 2022 world Tour [CONNECT: Don’t Give Up] on October 3, 2022.

On October 2, 2022 (local Chilean time), OMEGA X participants and employees had to leave Chile for an exhibition in New York.
However, MC Entertainment, which is responsible for OMEGA X’s US tour, canceled plane tickets to New York without any notice. With the slightest hope of getting new tickets, all participants and employees waited at the airport for six hours. When they finally got the news about getting new tickets for the 23:55 flight on the same day, it was 9:30 pm. and that’s why all the check-in counters for international flights have already been closed.

MC Entertainment avoids responsibility for upcoming tours and does not provide us with any feedback or apologies.

We have considered and discussed many ways to keep the promise we made to the fans and make this show possible, but we have not been able to fulfill our promise. We deeply apologize for this.

Please contact the relevant booking offices and request cancellation.
Once again, we are very sorry to send this unpleasant news.

As New York will be their first stop on the US tour, OMEGA X is currently planning 11 shows in the US in October.

BLACKPINK IS RECOGNIZED IN CHINA AS THE BEST ARTIST OF 2019