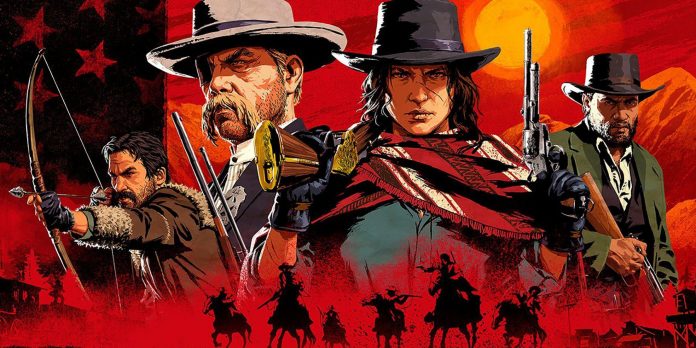 Earlier this month, Rockstar Games finally confirmed what many Red Dead Online players knew: it is shutting down the development of the Red Dead multiplayer game. It is still available, but nothing serious or new will appear in it. It has never been as popular as GTA Online, but many fans really liked it. In fact, many players gathered together to say goodbye and attend the “funeral” of Red Dead Online.

Rockstar has also been quite outspoken about this. This choice was made to reallocate resources and focus on the monumental task that is Grand Theft Auto 6, as well as the franchise as a whole. In fact, less than three full weeks have passed since this announcement that Red Dead Online no longer receives major updates, and a new one has been announced for GTA Online. This is really a bad time, which pours salt on the wounds of those who are still upset about Red Dead Online.

In general, the GTA Online Criminal Enterprises update adds new daily Special Cargo tasks for executives, the ability to modify motorcycles for bikers, new resupply missions for arms dealers and new club management missions for club owners. It also adds Operation Papertrail, a 1 on 4 mission with IAA, and adds several new vehicles. In addition, some changes have been made to the GTA Online economy to improve payouts in all directions. This may not be the biggest update ever released in the game, but the timing of its release should not be underestimated.

Red Dead Online, so to speak, is in life support mode, so new things for its special roles, missions, economy, etc. are out the window. Unsurprisingly, of course, but the proximity of announcements does not improve much from this.

It’s hard for many to see this as anything other than a red flag for the Red Dead franchise as a whole. Red Dead 2 is successful and loved, but it is not successful at the same level as Grand Theft Auto 5. She and GTA Online really were a cash cow for Rockstar Games, and who knows how far away Grand Theft Auto 6 is. Many fans want Red Dead Redemption 3, but it’s still a long way off — if it even appears.

No one wants Red Dead Redemption to become another franchise dropped by Rockstar like Bully, but that remains to be seen. How Rockstar Games and its various games look in 5 or 10 years, so it is: in 5 or 10 years.

Red Dead Online is available on PC, PS4, Stadia and Xbox One.

Virgin River Season 3: Everything We Already Know About New Episodes