Home Entertainment Update 1.1.0 of Pokémon Shiny Diamond and Shimmering Pearl: All The News 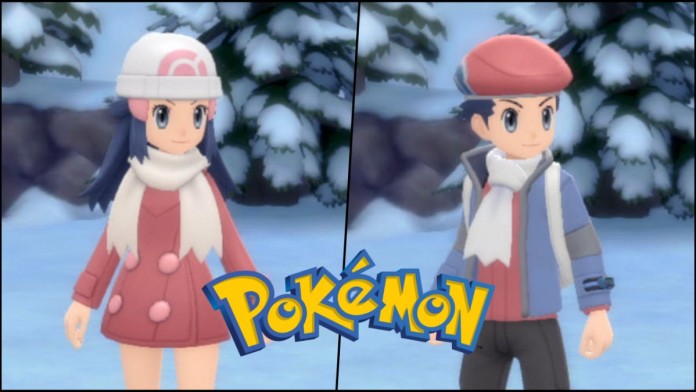 Pokémon Shiny Diamond and Shimmering Pearl: Nintendo publishes a patch with numerous improvements to make the game experience optimal and complete as of the premiere on November 19. Pokémon Shiny Diamond and Shimmering Pearl are preparing to hit stores around the world this November 19 exclusively for Nintendo Switch. As is usual, day one patches are becoming more frequent, a series of updates necessary to play video games in optimal conditions. The Sinnoh remakes developed by ILCA receive today, Thursday, November 11, this 3 GB patch, essential to have a complete experience.

If you plan to buy Pokémon Shiny Diamond and Shimmering Pearl this November 19 in physical format, it is highly recommended that you update the game – you need an Internet connection – to version 1.1.0, since the contents of the update are not included in the cartridge.

During these last months, especially during the pandemic, many video games have begun to be manufactured and physically distributed to department stores weeks in advance due to the collapses in the distribution chains; that is, before the studies have been able to apply all the definitive improvements and nuances.

These are the main new features in version 1.1.0 of Pokémon Shiny Diamond and Shimmering Pearl.

Incorporation of the communication functions of the Underground Grottoes, the Supercontest Gala, the Union Room and the Mysterious Gift
Incorporation of content after entering the Hall of Fame, such as the new Hansa Park.
Incorporation of some sequences and animations within the game; including the ending sequence of the game and the initial animation when launching the application.
Adjustments and fixes to improve the gaming experience.
Finally, it should be said that at launch, up to two players will be able to interact in the Union Room through local and online play, but thanks to an update that will be distributed after the launch of the game, the number of players will be increased and the functions will also be added. “Greet” and “Decorate capsules”.
The ability to trade through the GWS in Jubilee City and the use of the Colosseum feature in Pokémon Centers will also be added.
To update any of your Nintendo Switch games, just connect the console to the internet; return to the HOME menu and click the (+) button to bring up its menu. Now, click on Update. As soon as the update is installed, the latest version number will appear on the title screen.