Home Entertainment Update 1.1.0 Of Pokémon Legends Arceus: All The News And Gifts 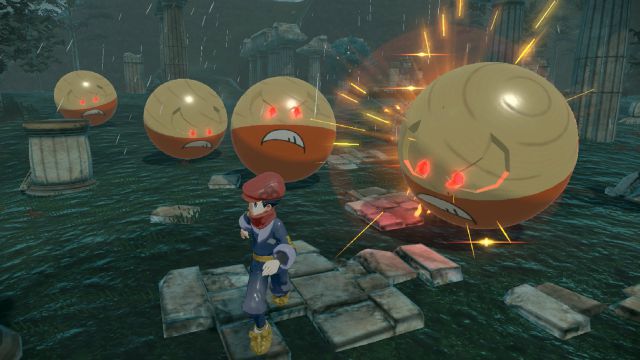 Pokémon Legends Arceus receives free ‘The Awakening of Hisui’, endgame content to expand the experience with new missions and content. Pokémon Legends Arceus has not missed the Pokémon Presents of Pokémon Day 2022. After its launch last January, the Game Freak title for Nintendo Switch has just received its first major content update totally free, Hisui’s Awakening (version 1.1. 0), which offers several hours of gameplay at no cost to all users. In addition, on the occasion of the twenty-sixth anniversary of the saga, The Pokémon Company has revealed a gift that we can now claim with the following code. Let’s go over all the details of this update.

Hisui’s Awakening is a free update in which we take it upon ourselves to investigate “the mysterious mass spawning of Pokémon that are occurring throughout the Hisui region,” called Super Mass Spawns. In addition, we can fight against powerful rivals, legendary or Guardians in a new game mode called Dream Challenge.

Super Mass Appearances: Mass Pokémon appearances are taking place at various locations throughout Hisui. For some reason there are heavy rains in the region. Our mission is to investigate what happens with Lina, the Guardian of the Diamond Clan, and her partner Munchlax. We will be able to capture Pokémon with a low appearance rate and, therefore, as they are massive appearances, the chances of seeing Alpha or variocolor creatures increase.
Dream Challenge: When we go to sleep in our residence, Arceus will appear in our dreams and propose a power challenge. In this kind of boss rush or Battle Tower, to understand each other, we will face very powerful Pokémon and in complex situations; like having to fight multiple legendaries at the same time. The objective is to chain all possible victories. It is essential to have completed all the assignments to play the Dream Challenge.