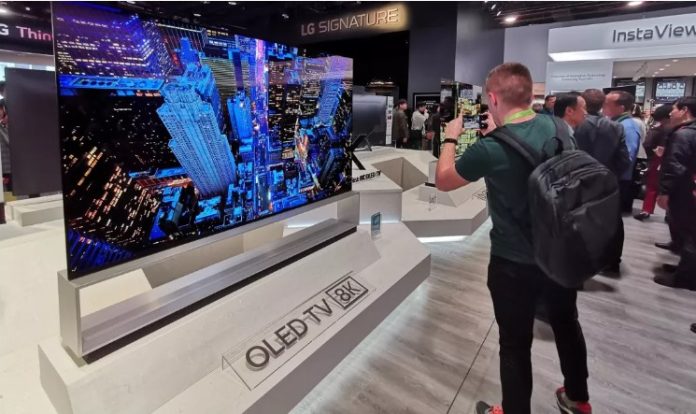 In short: living on the cutting edge means being a technology enthusiast, but new EU energy regulations on the horizon could seriously hinder innovation when it comes to next-generation displays.

In March 2019, the European Union defined an Energy Efficiency Index (EEI) for electronic displays based on screen area and energy consumption. According to the legislation, 8K displays and MicroLED devices sold from March 1, 2023 must have the same EEI as 4K displays.

8K displays have four times as many pixels as 4K counterparts of the same size. Moreover, these models require more powerful video processing, since almost all modern video sources need to be scaled up to 8K compared to the original resolution.

According to the 8K Association, there are currently no 8K TVs that could meet this level of energy efficiency, which means that the current crop of 8K TVs will be banned from sale in the EU starting in March.

Manufacturers are working hard to reduce the power consumption of 8K displays through the use of new liquid crystal materials, improved backplanes and control technologies, as well as more efficient processors for scaling. The problem is that they are lagging behind the G8 and they need more time to develop and implement changes to comply with EU directives.

The 8K Association stated that it supports a sound approach to energy consumption targets based on realistic assessments of technical achievements in this area.

Fortunately, there is still time to intervene, as the clause allows for a review of regulation in the light of technological progress. However, the draft revision should be submitted no later than December 25, 2022, and so far there are no signs that things have gone well.

A ban on the sale of 8K TVs in the EU could have many consequences. TV manufacturers and suppliers are obviously bearing the brunt of this. What may not be so obvious are smaller things, such as the fact that content creators will have no incentive to produce 8K-resolution content for an audience in the EU, and consumers in the region may lag behind their counterparts in other parts of the world. Taken together, this can have a noticeable impact on overall technological innovation.

Conversely, one could argue that this is not so important. 4K TVs have been around for about a decade, and they are ubiquitous among both retailers and consumers. However, 4K content is far from universal. Very little live content — take, for example, sporting events — is broadcast in 4K format, presumably due to bandwidth problems or costs associated with new camera equipment.

Streaming services are getting better at offering 4K content, but by far the majority of what you watch on your 4K TV is scaled locally using hardware inside the TV.

Andrew Lincoln says he misses being on the show