Home Crypto Up to 200% Increases Have Been Experienced! These 4 Altcoins Gained A... 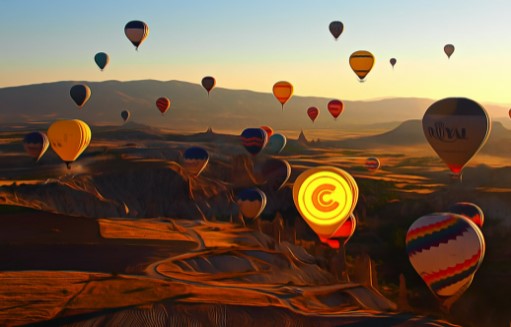 These four low-value altcoins have far outperformed Bitcoin (BTC) and the other cryptocurrency market, gaining 100% or more over the past week.

The group’s top winner was STEPN (GMT), a project that promotes health and wellness by rewarding users for participating in outdoor activities.

It uses these two crypto assets, the Green Metaverse Token (GMT) and the Green Satoshi Token (GST) for in-game uses such as the purchase and mint of non-tradable tokens (NFTs).

Additionally, JasmyCoin (JASMY), a data democratization platform created by several former senior executives at Sony, has also been among the top-performing cryptocurrencies in the past week.

The platform is designed to power a digital marketplace that allows users to sell information generated by Internet of Things (IoT) devices to enterprise businesses. JASMY token serves as the central payment currency within the ecosystem.

The next altcoin on the list of top winners was Origin Protocol (OGN). Built on the Ethereum (ETH) blockchain, the ecosystem focuses on NFTs and decentralized finance (DeFi) and also has its own stablecoin called Origin Dollar (OUSD).

The project recently launched a governance proposal to decide whether to issue a new token for OUSD, which will then be airdropped to OGN holders.

Last week’s star was Unibright. Unibright (UBT) aims to provide enterprise-grade blockchain solutions with an emphasis on cutting costs and reducing the need for tech-savvy developers.

The signature Basic Protocol of the project, which calls itself “Ethereum for Business”, is performance oriented and also ensures confidentiality by keeping confidential data off-chain. Unibright’s long-awaited mainnet will also be released soon.