Home Crypto Up For Auction The first SMS In History By NFT, Could Fetch... 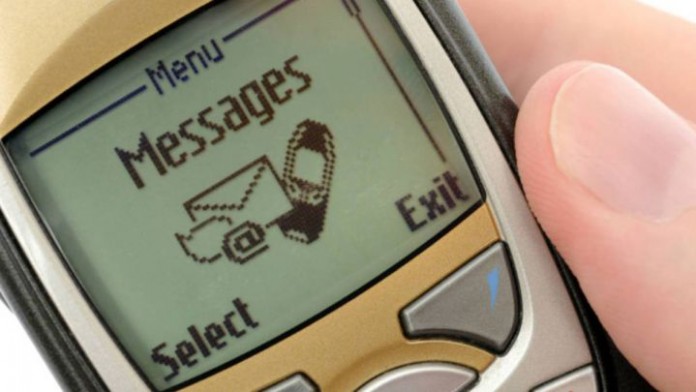 NFT: Last March, the first completely digital work of art was auctioned for 69.3 million euros, which the winner of the bid would possess via the NFT format. EA bets on NFTs as the future of the video game, Ubisoft has already brought them, and yesterday we learned that the sequel STALKER 2 will include an NFT that will allow you to become an NPC of the game. What is an NFT? And how can you own something that is intangibly digital and not tangibly physical?

The acronym NFT belongs to Non Fungible Token. NFTs are relatively new types of digital assets that are designed to represent ownership of something that is unique and rare, be it tokenized physical assets, rare digital resources, stocks, or just about anything else, like the digital artwork noted above.

Since the NFTs are unique, no two are alike and, therefore, the NFTs cannot be substituted by another identical token; This property is known as non-fungibility and is enforced through smart contracts that prevent duplication, while publicly visible blockchains allow for scarcity to be demonstrated.

NFTs can be used to demonstrate ownership of an asset and the associated rights to vote, for example, unalterable and unambiguous. The owner of an NFT stores it in their own blockchain wallet, which is the equivalent of a digital wallet.

In the past, WhatsApp in the pre-iPhone era and messaging apps, SMS messages were a way to communicate with text messages between ‘dumbphones’ or non-smart phones without having to call someone, although they also cost money and it was easy to polish yourself a recharge of 5-10 euros in a while of conversation. Later, when WhatsApp and cia took over, SMS were about to disappear, but they have ended up having their hole, being used for warnings and notifications by banks, delivery agencies, or security services such as two-factor authentication.

But did you know that the first SMS message in history was a Christmas greeting? Exactly a ‘Merry Christmas’ sent on December 3, 1992, 15 letters that changed the world of communication and were the first stone for WhatsApp, Telegram and instant communication messaging. And in fact, it is going to be auctioned as an NFS token just one day before the Christmas 2021 draw.

The first SMS by NFT is up for auction

Vodafone, the author of the message, is going to auction it off as a Non-fungible Token (“NFT”) in a one-time sale organized by Aguttes Auction House in France. The buyer, who will be able to pay with the cryptocurrency Ether, “obtains exclusive ownership of a detailed and unique replica of the original communication protocol that transmitted the world’s first SMS.” The online auction will take place on December 21, 2021.

Vodafone will donate the proceeds from the sale to UNHCR, the UN Refugee Agency, to help displaced people. According to experts, it is estimated that the SMS will reach a price of about $ 200,000, 175,000 euros to change.