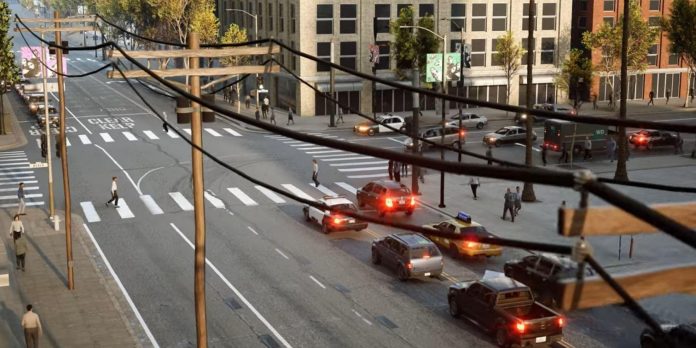 Youtuber JPC-ArchViz has created an impressive video on Unreal Engine 5, demonstrating what a Grand Theft Auto game based on San Francisco might look like. Numerous videos about Unreal Engine 5 have hit the internet since Epic Games made this powerful tool easily available, and Rockstar Games still keeps Grand Theft Auto 6 a secret, and many of them were inspired by the open-world Rockstar franchise.

The video shows a version of San Francisco inspired by the Grand Theft Auto aesthetic. It shows large crowds of people, recognizable sights of San Francisco, impressive lighting effects and much more. Of course, the real Grand Theft Auto 6 will most likely be developed using the Rockstar RAGE engine, which Rockstar has been using to create its games since the release of Rockstar Games Presents Table Tennis in 2006, but nevertheless, this is an interesting hypothetical concept video.

The action of Grand Theft Auto 6, the next game of the multi-year franchise, will almost certainly not take place in San Francisco. In fact, it is believed that the action of the game will take place on the completely opposite side of the country. Rockstar Games has not announced anything official about Grand Theft Auto 6, except that it is in development, but rumors from reputable insiders indicate that Vice City from Miami is participating in the game again.

Grand Theft Auto fans will probably have to wait quite a while before they learn more about GTA 6 in an official capacity. While they are waiting, they can view concept videos, for example, made by JPC-ArchViz, as well as similar videos made by others. There were a lot of Grand Theft Auto 6 concept videos, as well as some Unreal Engine 5 versions of existing GTA games.

For example, there are videos on the TeaserPlay YouTube channel showing how Grand Theft Auto: San Andreas and GTA 4 will look with Unreal Engine 5. In the coming weeks and months, fans can count on the appearance of similar videos on the web.

Lycoris Recoil Episode 4 “Nothing to Look For, Nothing to Find”...