Home Entertainment Unreal Engine 5: New Information Is On The Way 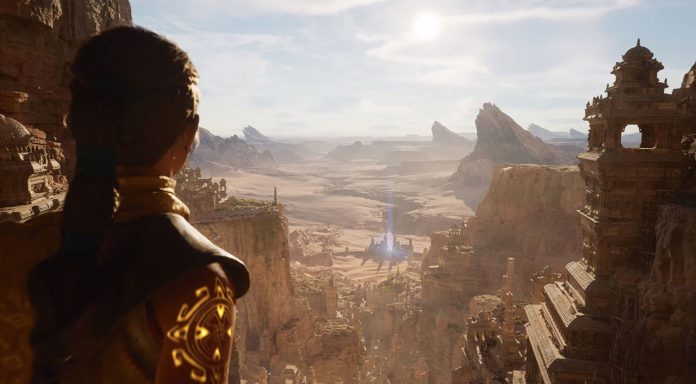 Unreal Engine 5 new information is coming. Epic Games, the developer of the Unreal Engine 5 engine, announced that it will make a statement to introduce new features related to the engine.

New information is coming for Unreal Engine 5, which is expected to be an important milestone in the transition to new generation games. Epic Games, the developer of the engine, announced that it will provide more information about the work done.

Stating that it will provide more detailed information about development tools on Twitter, Epic Games will organize a live broadcast on May 26 to talk about what the developers can do on the engine.

The broadcast is expected to focus more on technical vehicle promotion. This indicates that the audience waiting for the engine should not set the bar high in order to experience great disappointment. However, Epic also stated that the Unreal Engine demonstrations of the past have always been useful for gaining insight into what is possible in game development.

Last year, for the Unreal Engine 5 engine, which appeared a few months before the release of the PS5, the company announced that they wanted to ensure that quality work can be done on the same level as a CG movie or real life. He also stated that the company focuses on two different technologies for developers.

These technologies, on the other hand, were announced to be a system aimed at revolutionizing virtualized geometry and video game lighting, providing developers with almost endless resources for polygons.

It is known that several developers are currently actively working on the new game engine. These include The Coalition, the studio of the Gears series, which announced that it will develop many new projects with the engine, Wasteland developer inXile, and Konami for the upcoming games of the PES series.

Returnal: Team Still Doesn’t Know How To Include Saves in The...

The second season of “Tokyo Avengers”: what to expect