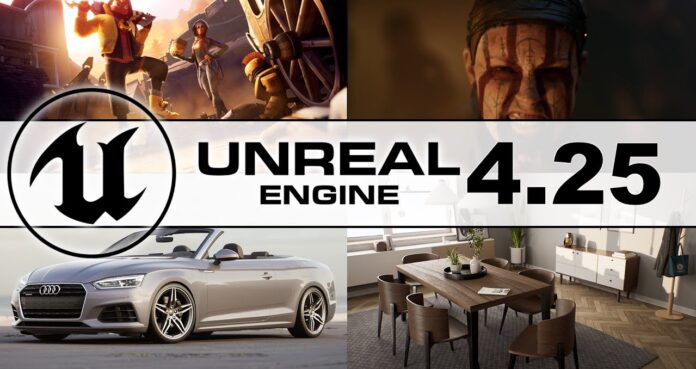 Unreal Engine, one of the most popular game engines of today, has reached its new version 4.25 today. With the new version, support for the new generation consoles came to the game engine.

The Unreal Engine game engine, developed by Epic Games and published in 1998, allowed many games to be made on the market today. The game engine has been appreciated by all gamers and developers, especially with its realistic graphics, and is still in use.

What’s new with version 4.25:
Unreal Engine, known for enabling great graphics, will support next generation graphics with version 4.25. In addition, the ray tracing technology in the game engine will be released from the beta version and will be presented to the developers and reach the players.

Unreal Engine 4.25, which has been showing itself with many preview releases since last March, will get many updates this year. With these updates, the optimization of the game engine will be increased and the errors in the engine will be eliminated.

Unreal Engine 4.25; it will have many platform-specific innovations such as new audio enhancements, initial support for online subsystems, and early support for TRC and XR certificates. In addition, the new version of the game engine offers an improved review for ‘Unreal Insights’, which collects data to help developers improve their user interfaces and networks.

Unreal Engine, which allows game development for any platform such as PC, mobile or console, can be downloaded for free from this link. Our followers who want to lay the foundation of game development with this game engine can access the free Unreal Engine lessons from the list we have prepared before.

Brisanet thinks to bring 5G into the Northeast

Find out if an imported mobile phone is Original or fake

Carla Moreau young mother: she has already lost a lot of...

Did Xbox Live crash? How about Xbox One games?

Dragon Ball Super: drama and epic in the last chapter