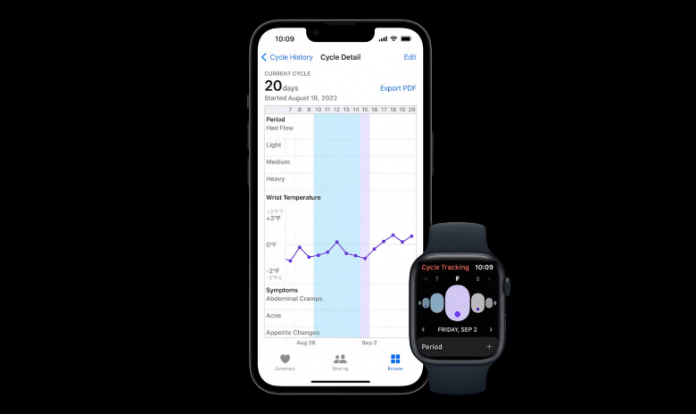 We’re here with an unboxing of the Apple Watch Series 8, which Apple unveiled alongside the new iPhone 14 family last month.

Before Apple introduced a new generation of smartwatches, they appeared with a lot of leaks and statements. In the years before the pandemic, Apple set long-term goals for the health of smartwatches. In recent months, we have also encountered many leaks related to the Apple Watch Series 8, in addition to software. Bloomberg analyst Mark Gurman said that Apple will add a temperature sensor to the Watch Series 8. With this event, the temperature sensor gained confidence.

Thanks to the sensor that users have long wanted, the watch will warn if the user’s temperature is above normal. This sensor measures every 5 seconds. It also detects temperature changes even by 0.1 degrees Celsius. In addition, the Watch Series 8, which can measure body temperature all night, will also provide women with more information about their ovulation periods. Thus, women will perform the subsequent process in more detail.

The first three generations of the Apple Watch had dimensions of 38 mm and 42 mm. In the Watch Series 7, the case size was expanded and two different versions were released, 41 mm and 45 mm. The Apple Watch Series 8 is also available in 45mm and 41mm sizes.

The new series will have 18 hours of battery life throughout the day. It will also have a “Low Power Mode”. Thanks to the Low Power mode, the Apple Watch can work up to 36 hours without recharging. This new mode will also appear on other Apple Watches after Series 4 with the watchOS 9 update.

At the same time, the Watch Series 8 will also detect car crashes using the “Collision Detection” feature. To do this, it includes two new motion sensors. According to the description, the collision function will only work while driving. Thus, it will identify four different types of accidents: rollover, frontal collision, rear-end collision and side-impact.

Unlike last year, the Watch Series 8 will be available in two colors: aluminum and stainless steel. Here they are:

ARK Survival Evolved: How to Play with Friends