Home Entertainment Unpacking, Between Boxes And Pixels. Knowing The Origin Of The Trip 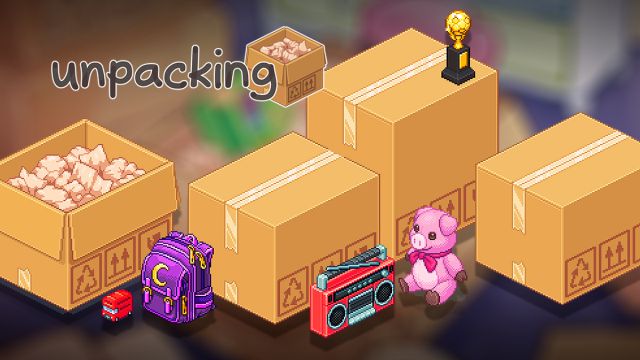 Unpacking: We interviewed Wren Brier, artist, designer and creative director of Unpacking, to tell us the genesis of a work that is as personal as it is authentic. Unpacking has become one of the surprises of the video game in 2021. The independent scene has demonstrated for another year its ability to take risks, break with the usual protocols both mechanical and narrative and, at the end of the day, awaken unique sensations only possible in this medium.

One of the virtues of this cultural manifestation is its language, which brings together the audiovisual with the literary and what is perceived through the senses; something that perfectly captures the work of Witch Beam, a small Australian study of six people with the desire to tell a story. Luckily, Unpacking hides much more than just being a “moving simulator”; the key lies not so much in the what, but in the how. To understand a little better the meaning and genesis of the already acclaimed independent title, one of the new references of wholesome games, MeriStation has interviewed Wren Brier, artist and designer of Unpacking, to tell us in depth about its creation.

Brier started working on video games nine years ago. After her debut in Halfbrick Games with Jetpack Joyride, she decided to embark on the freelance life, thus adopting temporary design and production roles while gaining experience in interface design and in what clearly dominates the pixel. art. In 2018 she served as a curator at an art exhibition, led pixel art workshops, and resided in a small cabin in a Swedish forest as part of a video game incubation program. Her life has been surrounded by changes. As creative director of Unpacking, the concept of the move became the backbone of the now protagonist video game.

“The idea started between me and my partner, Tim, who moved in with me. We were unpacking things, ”says Brier. This is how she began the inspiration to create a video game based simply on that, on moving from one house to another. “I feel like a lot of games, deep down, are about creating order out of chaos. And unpacking does it quite literally. We think it would be a good common thread to tell the story, since you can tell a lot about a person through the objects that he owns ”, she says. The title tells the story of a young woman who, due to vital circumstances, stops living where she grew up and moves to other homes. She well be for studies sharing a flat; Either for work or strictly personal motivations, where even the sentimental component comes into play, when you share something more than kitchen and bathroom.