Home Entertainment Unpacking 2021 hides a secret and an unknown key to a new... 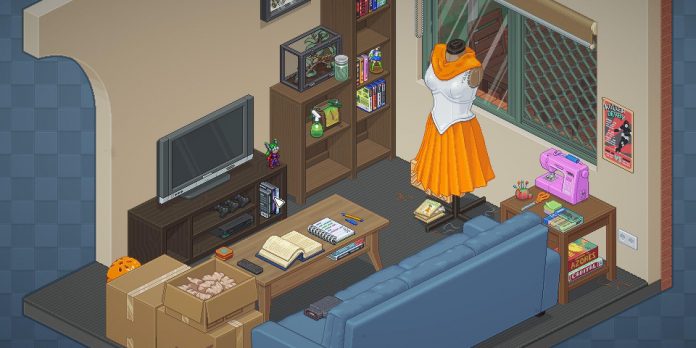 Witch Beam, the developer of the indie puzzle game Unpacking, reported that the game has an unexplored Easter egg hinting at the developer’s next game. This teaser came after the announcement that Unpacking will appear on PS4 and PS5 in the near future, which will give more players a chance to solve this new mystery.

Unpacking follows the life of the invisible main character, presenting players with several key moments in her life related to unpacking numerous boxes. To progress through the game, everything must be neatly cleaned, ready for a new chapter in the life of the main character. Working at a calm pace, players disassemble everything from kitchen utensils to underwear, and all this is presented in charming pixel graphics. Each level brings new and interesting items, as well as a new bright place to place them. Despite the simplified gameplay, the level of detail is impressive, as is the unspoken life story depicted in Unpacking, which slowly pops up as the game progresses. games.

It turned out that the details of Unpacking go further than fans might think. A recent blog post by Witch Beam revealed that Unpacking actually contains a secret Easter egg that has not yet been discovered. At the end of a regular post showcasing recent fan content and media coverage, it was stated that Unpacking actually has a “pixelated image of key art” for the next Witch Beam game, which so far has apparently remained undisclosed. Given the huge number of objects in the unpacking, this in itself is not too surprising, but it also means that players who want to find an Easter egg may take a long time to do so.

It should be noted that this key art could well have gone unnoticed because it was used as a cover for something like a CD case, book cover or poster. Due to the wide variety of such illustrations that can be seen during unpacking, there are many potential candidates for the role of hidden key art. As it stands, the only other clue to the next Witch Beam game can be found on the company’s website, where the upcoming game is listed only as TemPoPo – a meaningless name in itself, although the meaning will likely become apparent when more about the new game is announced. This leaves fans with nothing to find in this space management puzzle game, although they will undoubtedly try anyway no matter what.

For a game built on details, hiding an important Easter egg in plain sight is a relatively simple feat. There are few details about TemPoPo, and Witch Beam has not yet provided any hints on the location or even the composition of the key art. As a result, recognizing an Easter egg among an extensive collection of more mundane works of art in the “Unpacking” section will be an incredible feat of observation and, probably, considerable luck. There is no doubt that, although this Easter egg is hidden as a minor detail, for Witch Beam fans, its discovery will mean something much more; overcoming difficulties and hinting at a new game to enjoy.