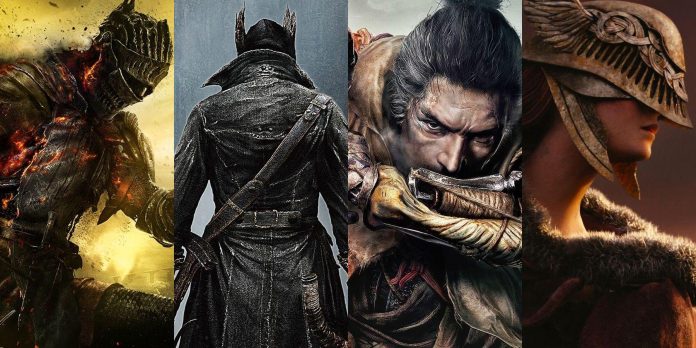 Soulsborne Games have made FromSoftware a heavyweight in the industry after repeated successful games, creating a cult of fans for games that are both challenging and harsh in almost every aspect. After the release of Elden Ring, many gamers are wondering which other game franchises could use the Soulsborne formula to improve the gameplay and make it more challenging for players. There have already been several successful Souls-like games, including Star Wars Jedi: Fallen Order and Nioh, which brought the FromSoftware formula to other worlds and franchises.

There are certain criteria by which the game should be called similar to Souls, the main one of which is that players should expect multiple deaths for passing. These games also need currency, which is used to constantly level up the character and can be lost after death, as well as for other consequences of death, such as resetting the world and the enemies in it. Although not every franchise fits the Soulslike formula, there are many IP projects that could adopt this genre, improve the experience and put fans in front of a new challenge.

The hugely successful super-powered Sucker Punch franchise has become a highlight for the PlayStation 4 and has made fans hopeful for a new game. Given the rumors about a possible new InFamous game, it would be interesting to see how the franchise adopts the Soulslike formula. The new InFamous game will most likely not feature Cole McGrath or Delsin Rowe, the two previous main characters, but it may take a more role-playing route and give fans the opportunity to create their own guides. Giving this freedom to fans would open up an opportunity for the Soulslike formula.

With a world filled with powerful and dangerous enemies, including the Soulslike formula can greatly benefit the InFamous franchise by introducing a new level of difficulty to the games. There is already a karma-based currency system that can level up characters. Collecting Blast Shards can also help with this. In addition, the enemies in the world fit perfectly into the Soulslike formula, and this can give fans the opportunity to experience a brand new Explorer who has just discovered his powers.

The Witcher has become one of the most influential role-playing games in gaming, offering players exciting battles, a huge open world and fascinating storylines. The Witcher is based on monsters that players can fight using both weapons and magic, which is perfect for the Soulsborne formula. Since the next game in the series is in development, and CD Projekt Red confirms that the next game will open a new saga, there is a chance that the game will adopt the Soulslike formula.

The Witcher games have a great RPG formula, but if CDPR wants to give its fans a more challenging and harsh game, the Soulslike formula is perfect. In the next game, which will probably move away from Geralt, the next main character may face a challenge fighting many monsters of the world. This narrative will fit well with the Soulslike formula and could add a new twist to a hugely successful franchise.

The Horizon franchise has conquered the world and quickly turned into one of the most successful franchises in modern games. With beautiful landscapes, tons of knowledge and mechanical dinosaurs, it’s easy to see how difficult life will be in the Horizon world. The Horizon formula is very different from games like Souls, but with monstrous beasts roaming the lands, a level-up mechanism, and even Horizon’s dependence on evasion and ranged combat, a future game could adopt the Soulsborne formula.

Resetting the world after every death or every rest would also fit the lore of the game, as machines are constantly being built and sent to terraform the wild. Although Horizon games are not as complex as Soulslike, it would be easy to understand how challenging it can be to destroy some of the larger beasts and may require a lot of strategic planning. In addition, the combination of technology and old weapons is great for playing in the spirit of Souls.

There are many Souls-like games that have successfully used this formula to create challenging and sometimes frustrating games that beg fans to try again. It has been proven that the Soulslike formula works over and over again and gives players a unique look at games, while delivering a lot of fun. Despite the fact that these games are incredibly difficult, it is a pleasant feeling of victory over one of the tough enemies that keeps fans excited and does not let them get discouraged. There’s no reason why a challenging game shouldn’t be fun, and FromSoftware has proven that time and time again.