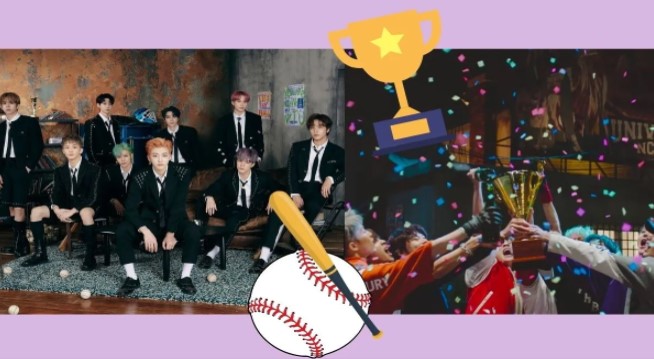 After a long wait, NCT U singers and rappers have wowed NCTzen from all over the world with the MV for Universe (Let’s Play Ball), an R&B song with hints of Hip-Hop that will completely enthrall you.

NCT U is the unit of NCT in charge of bringing us Universe (Let’s Play Ball), the title song of the third album of the SM Entertainment band, this pre-release has caused the excitement of the fandom and the general public.

Through SMTOWN’s official channel, the MV for the song premiered, starring the talents of Doyoung, Jungwoo, Mark, Xiaojun, Jeno, Haechan, Jaemin, Yangyang, and Shotaro. What was the concept of Let’s Play Ball?

The boy band’s agency described Universe (Let’s Play Ball) as a Hip-Hop-based R&B dance song with an addictive chorus, and its main message is to show that NCT can do anything in the company of NCTzen.

The MV of the title track of the album Universe shows the idols in the middle of a baseball game, while some are spectators, Mark is in charge of hitting the ball with the bat, the game ends, but the fun begins.

As the NCT U boys dance, images of them are mixed in different urban settings, office, school and even holding a press conference, dazzling viewers with their charisma and energetic presence.

The fandom showed its love for boys with likes and visits to the Universe MV (Let’s Play Ball), accumulating more than 6.6 million views within 7 hours of its launch on the YouTube platform.

Although the Universe MV premiered on December 10, the rest of the songs of the record material will be available until December 14, before that, NCT U prepares their special performance with Let’s Play Ball at the 2021 MAMA ceremony. .

Monsta X Reveals The Individual And Group Teasers Of Its Next...

A Twitch Publisher Broke Record by Finishing Dark Souls with No...