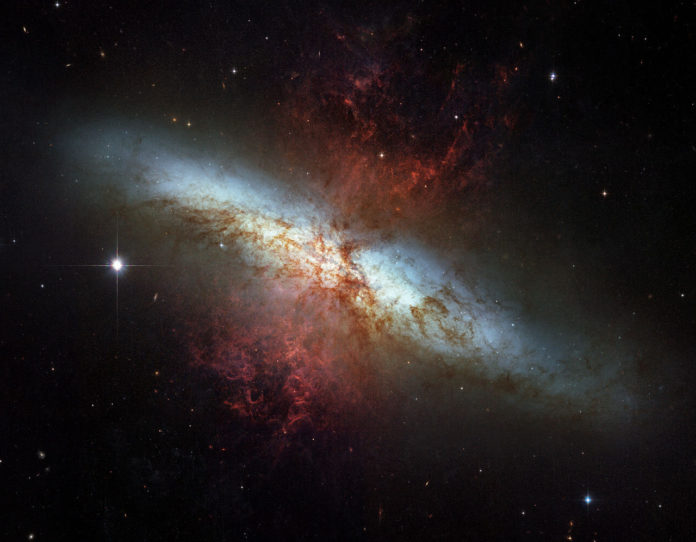 New South Wale University researchers made a very interesting and strange discovery about the universe. According to the new study, electromagnetic force may differ in some parts of the universe.

In an article published in Science Advances, researchers from New South Wale University (UNSW) announced four new light measurements emitted from a quasar 13 billion light years away. In addition, small changes in the fine structure constant in previous studies have been reaffirmed. John Webb, a professor at UNSW, points to the measurement of electromagnetism, one of the four fundamental forces in nature for the fine structure constant.

Electromagnetic force; it makes electrons revolve around the nucleus of all atoms in the universe, and without it, matter would not have come together. Professor Webb noticed some anomalies in the fine structure constant through the appearance of the electromagnetic force measured in a certain direction of the universe.

“We have found clues that the fine structure constant is different in certain parts of the universe. If this is true not only as a function of time, but also in the direction of the universe, it is quite strange. But that’s what we found. ”

An interesting discovery:
In his last study, Webb said that his team was working on a quasar that would allow the universe to look at a billion-year-old state, and this has never been done before. The team measured four fine structure constants along an observation line to the quasar. None of these four measurements made a final answer to whether there were any noticeable changes in electromagnetic force, but when other measurements developed by different scientists that were not related to this study were included, the differences in the fine structure constant began to be seen more clearly.

Webb said that these results support the idea that there is versatility in the universe, and this is rather strange. Webb noted that there may be some aspects in the universe where the rules of physics have changed, but this is not a vertical direction. So this means that the universe may have a bipolar structure.

“In a certain direction, we can look 12 billion light years ago and measure electromagnetism in times when the universe was too young,” Webb said about the discovery. Electromagnetism is gradually increasing as you combine all this data and look further. In other directions in the universe, the fine structure constant remains the same. These new remote measurements have made our observations more advanced than ever before. ”

Professor Webb said that this should be taken very seriously and that he must be met with suspicion, including himself, that this is something that needs to be tested and that we are likely to live in a truly strange universe. In addition, a team completely independent of Webb in the USA has achieved similar results with Webb.

“The standard model itself is based on Einstein’s Mass Gravity Theory, which claims that the laws of nature are fixed. The fact that such basic principles are only a good guess is quite exciting in physics, and that means that new ideas will be opened behind their doors. ”

Drive-in movie theaters in the US sell twice as many tickets...

A Restaurant Sentenced ‘Employment’ to Its Employees Who Considered Insufficient Performance

Harry Styles: return to his solo career after the One Direction