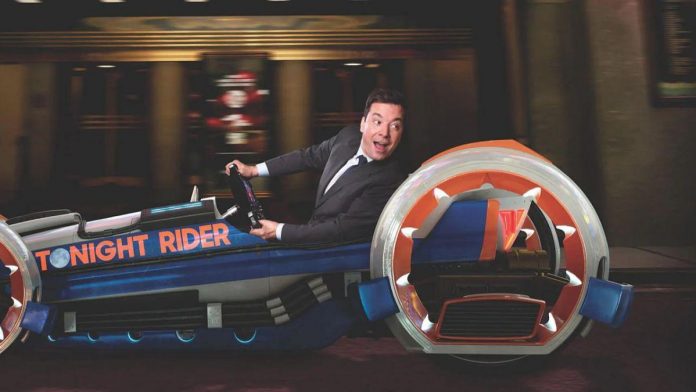 Over the past few years, we’ve seen Universal Orlando Resort take some real steps to compete in the global theme park game. New additions from the Wizarding World of Harry Potter to Jurassic World Velocicoaster and plans for a new third gate, Epic Universe, have made the resort a destination, but with all the changes and additions there have been some headaches, including lawsuits. UOR is currently embroiled in a massive lawsuit over its new theme park, and a recent attempt to overturn a smaller lawsuit involving Jimmy Fallon’s attraction from Universal Studios Florida failed.

Back in March, Dynamic Motion (Dymorides), the creator of the Race Through New York attractions starring Jimmy Fallon, filed a lawsuit against Universal Orlando Resort, claiming that the theme park company owed more than $5 million in unpaid bills related to the design and construction of the attraction.

According to the lawsuit, there were serious disagreements between Dynamic Motion and Universal Orlando over the alleged design changes, the involvement of an additional contractor and the rights to use intellectual property and technology. As a result of these disagreements, UOR apparently terminated the agreement and delayed the payment of unpaid bills to compensate for unplanned expenses that the theme park allegedly incurred.

Dymorides sued, claiming that due to the fact that Universal Orlando continues to benefit from the attraction, where Tonight Show host Jimmy Fallon takes guests on a tour of New York on a traffic simulator, the theme park owes the company unpaid bills in the amount of more than $ 5 million.

Universal filed a motion to dismiss the lawsuit, arguing that Dynamic Motion’s lawsuit was not properly filed, and that the lawsuit lacks clarity, which prevents the theme park from properly organizing the defense. However, according to the Orlando Business Journal, U.S. District Court Judge Roy B. Dalton Jr. rejected the motion to dismiss on all counts.

The race through New York with Jimmy Fallon in the title role is something of an anomaly among the attractions of the theme park. We tend to see attractions based on blockbusters rather than TV presenters. And although Race Through New York is certainly not the most popular attraction at Universal Studios Florida, many consider it something of a secret. Although the choice of topic may be unusual, the trip itself is perceived as a solid experience.

One of the reasons Universal Orlando would probably like this lawsuit to be dismissed is that the theme park resort has a much larger lawsuit that it is also dealing with. Shortly after Dynamic Motion filed the lawsuit, a $250 million lawsuit was filed by the development company Fourth Watch Acquisitions. The company claims that its own deal to purchase land for the theme park was thwarted so that the land could be sold to UOR as part of a larger deal for Epic Universe, a new theme park currently under construction.