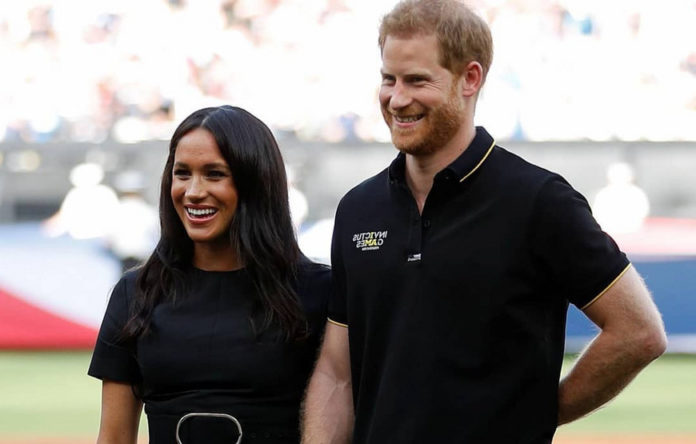 In the united kingdom opinions are divided for Meghan Markle. If some believe that the Duchess of Sussex was the best thing to happen to the English monarchy, others consider it a ‘threat’.

Since being introduced as Prince Harry’s girlfriend, Meghan has caused a stir in the royal family as well as in local newspapers. However, and against what one would expect, the British monarchy was modern and up to date and said ‘yes’ to an African American divorced and actress woman, features that are certainly not in her list of preferences, evaluating other members and respectful spouses.

However, Meghan was eventually accepted and married Harry in May 2018. A year later the couple’s first (and so far only) son, Archie, arrived.

The Duke and Duchess of Sussex were photographed with their newborn son earlier at Windsor Castle today. The baby has been named Archie Harrison Mountbatten-Windsor. Archie was born on Monday, 6th May, at 05:26 in the morning, weighing 7lbs 3oz at birth and The Duke of Sussex was present.

As far as the media goes, opinions are divided and two major local weekly publications, The Spectator and New Statesman, show opposing sides of the same story.

The first follows the line of conservative thinking and its titles on the subject show that the duchess’s presence in the royal family is not welcome. In an article dated last month entitled “Royal Deception: The behavior of Meghan and Harry is undermining the monarchy”, it can be seen that the duchess dislikes and possibly will never please some fringes of society.

This new photograph of The Prince of Wales and his family has been released to celebrate His Royal Highness’ 70th birthday. The photograph was taken by @chrisjacksongetty in the garden of @clarencehouse

“Never in the history of royalty has the goodwill of public opinion been wasted so quickly. The problem with Harry and Meghan is that they can’t be one thing and the opposite, as everyone has realized except themselves. Their refusal to make a definitive decision between a taxpayer-financed life and a private life is at the root of the current tension, “the article says, noting that” the movements “of the Dukes of Sussex” seem full of contradictions. “” Harry and Meghan They enter and leave airports desperate not to be noticed. And no wonder, one can either preach about climate change or fly in private jets. “Continues the article, stating that it is not possible to do both,” no matter how many rainforests Sir Elton John promises to plant with one’s own hands “, it can also be read, alluding to a recent trip that the Dukes of Sussex made on the artist’s private plane.

The opposite view comes from an article by New Statesman – a well-known liberal and progressive magazine – published last February under the title “The Silence Imposed on Meghan Markle.” In this article the Duchess of Sussex is seen as “a gift to the royal family”. Her commitment to public causes makes up for “Catherine’s decision, whose only public projection is to let herself be shopped at Waitrose. Meghan can weave large spells of enchantment, and only a fool would say that the idea of ​​a duchess of mixed race is not comforting for some people. The idea of ​​progressive monarchy may be absurd, but representative monarchy is not, “says the article, which still attacks much of the British press by recalling Diana’s memory. “As a child, Harry saw his mother being insulted by photographers. They just wanted one particular image: Diana crying,” the same article states.

Remember the launch of the solidarity clothing line promoted by Meghan.

Aya Nakamura will blow up everything on Gims Youtube!