Is it possible to have a lottery for someone who has never played a game of chance? It is possible if that person used Uniswap before September 1st. Because a Uniswap user earned more than 100 thousand UNI tokens thanks to the transactions he made in the past. These tokens correspond to hundreds of thousands of dollars above the instant market price.

It was almost half a million dollars

Uniswap (UNI); organized an airdrop and distributed 400 tokens to everyone who used the platform before September 1. Currently listed on exchanges such as Binance, KuCoin, Huobi, OKEx, Poloniex, FTX; In addition, UNI, which will be listed on Coinbase Pro, brought thousands of dollars to these users. Thanks to the airdrop, users who buy 400 UNI can sell one of these tokens (with instant exchange) for $ 3.81.

During this airdrop, 400 UNI was distributed to everyone as a standard. However, users who provided liquidity to Uniswap prior to September 1 were entitled to receive extra UNI in line with their activities. According to the information shared by a user named Private Chad on social media, a user bought 128 thousand 801 UNIs. 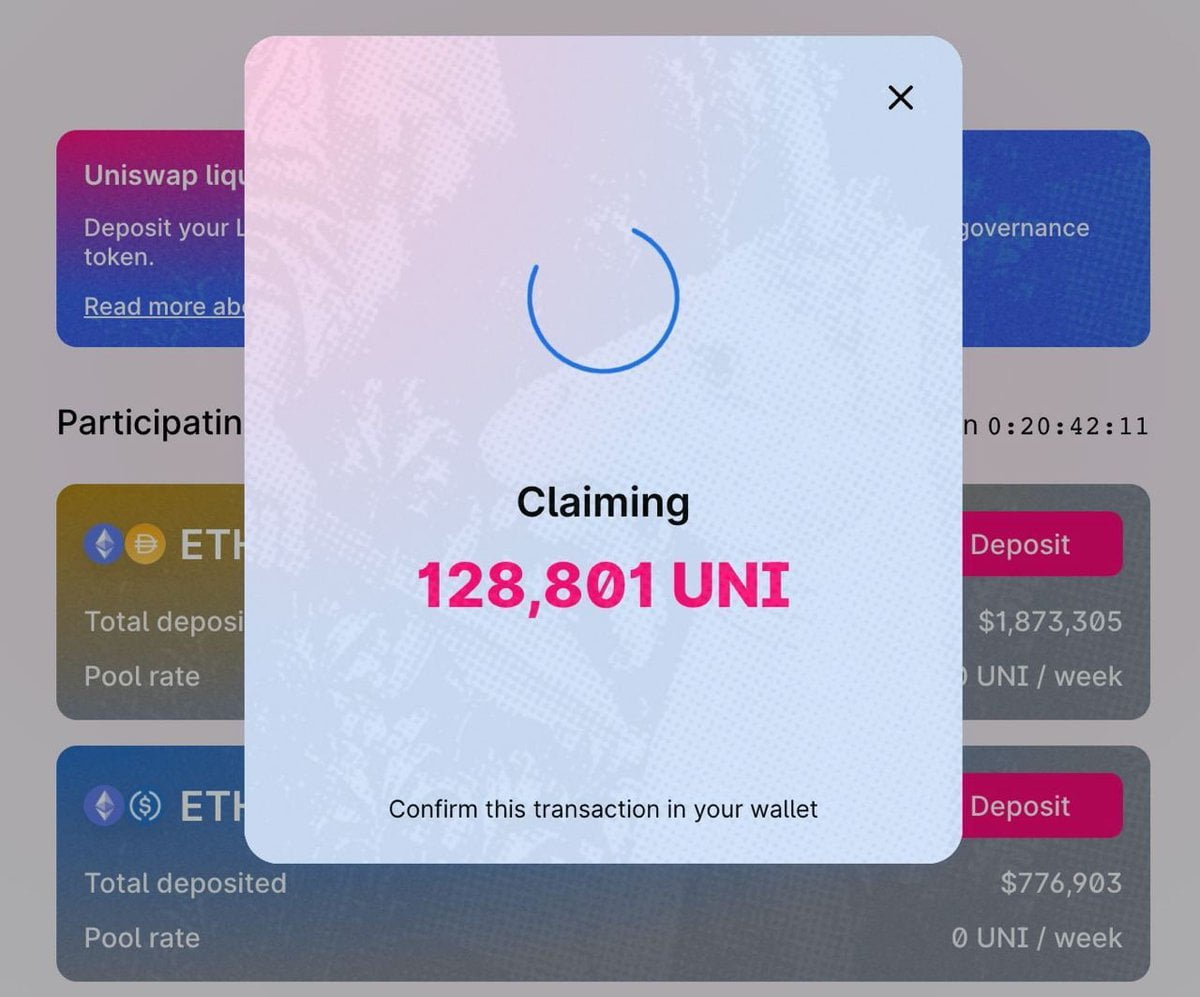 It can be said that this Uniswap user is not much different from someone who won the lottery. Because these tokens, which were earned with airdrops, currently amount to almost half a million dollars.

It is also possible to see which address this is as a result of the research done on Etherscan. An Ethereum address with the form of 0xcFBcFeB042FE7267ed5EcA7812b1F1732532d0a0 had a large amount of tokens entered exactly 5 hours ago. The total amount of UNI entering this address exactly matches the amount in the image above: 128 thousand 801.

Some altcoin investors have to wait weeks for their cryptocurrency to be listed on a major exchange. But the same is not the case with UNI. Even UNI; It started to be listed on Binance just 1 hour after it was introduced.

The number of exchanges listing the UNI started to increase rapidly in the following hours. In addition to Binance, giant exchanges such as OKEx, Huobi, KuCoin, FTX, Poloniex have announced that they will list this cryptocurrency. Even Huobi; Uniswap announced that it will give a bonus to users who deposit 400 tokens from its airdrop. 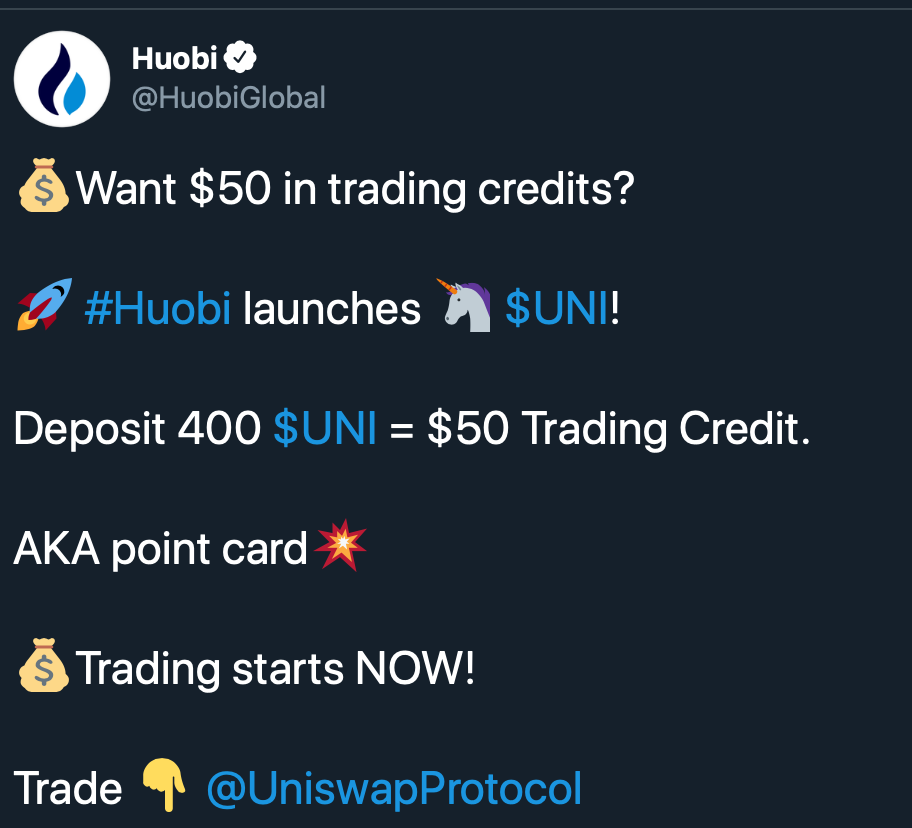 Number of Active Users Reached on Twitter in the Last Quarter...

BTS: What does Suga do in his spare time?

The new map herald for Call of Duty Mobile!

Long discussions to include Steve in Smash Bros

Is Kendall Jenner as a couple with Kourtney Kardashian’s ex?

First Doctor’s Death Occurred in France Due to Coronary Virus