UniSwap (UNI) continues to rise after the OKEx exchange lost $ 7 billion. While the bears were dominating the UniSwap stock exchange last Friday, UNI became one of the best earning cryptocurrencies.

UniSwap lost nearly $ 7 billion due to users affected by the investigation of the OKEx exchange. Malta-based OKEx exchange went under investigation on October 16 and it was learned that users were unable to withdraw their money. Following the news of the investigation, the stock exchange made a statement to its customers that their private keys are safe. Although OKEx made statements that gave confidence to the users, crypto money investors did not find this statement sufficient. For this reason, decreases started in OKEx. OKB was the crypto currency that lost the most value in the stock market.

Uniswap (UNI) has been traded like other cryptocurrencies since its launch. But investors who learned that UNI is the cryptocurrency of the competitor of OKEx, UniSwap, spearheaded the rise of the UNI. The price increase seen in UNI after the declines in the scope of the investigation by OKEx was reflected in the charts as follows: 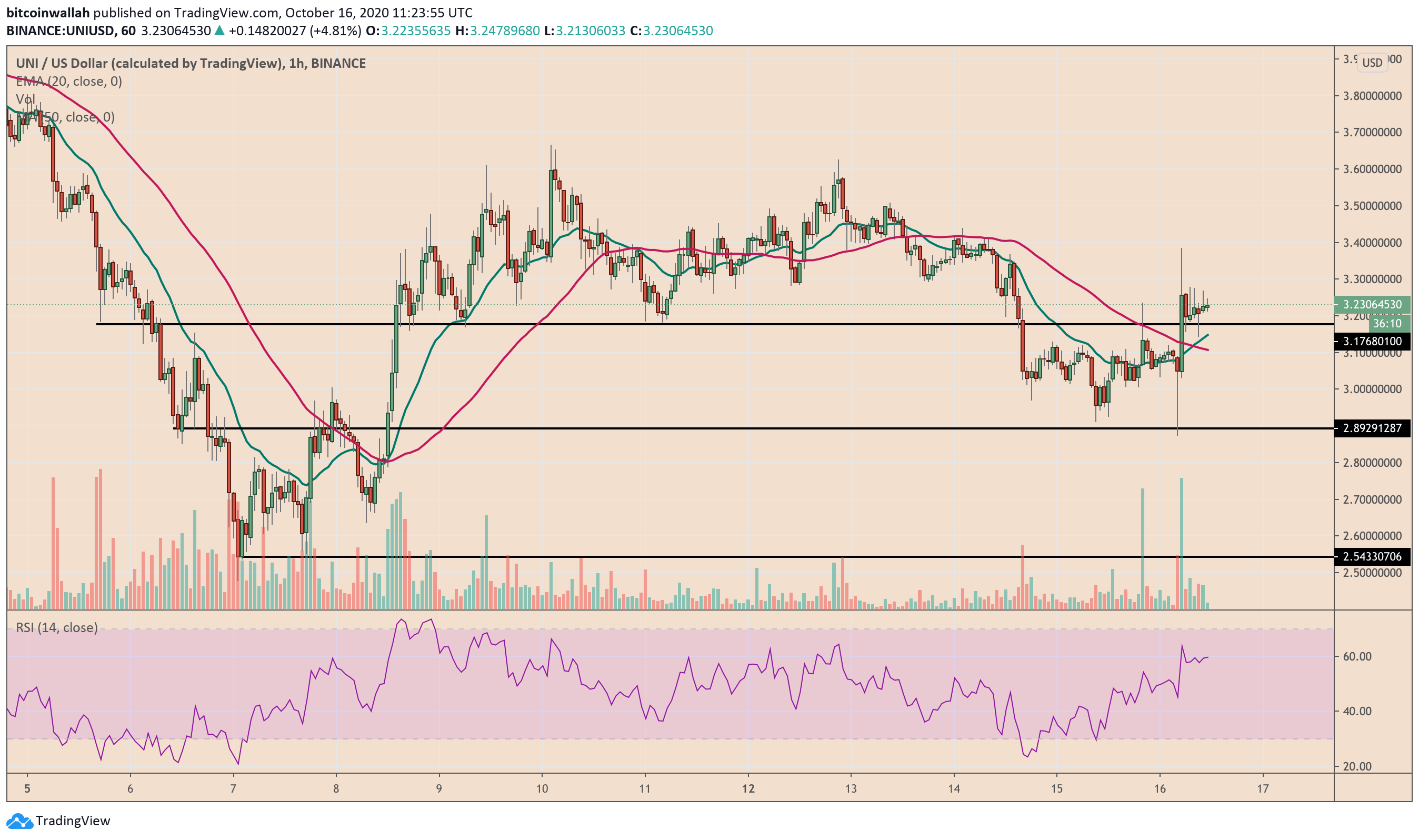 Jeff Dorman of New York-based Arca company described the rise in Uniswap (UNI) cryptocurrency as a pump & dump on Twitter on Friday. In his tweet, he commented that the sudden decline of the UNI price, with the news of OKEx, suddenly rallied as pump & dump. However, Dorman also stated that he believes the crypto market is maturing.

UNI is currently trading at $ 3.20, according to CoinGecko data.

See Also
Uniswap (UNI) User Has Ever Won The Lottery

Abra CEO moves 50 percent of its portfolio to Bitcoin

He earned the most among the top 65 cryptocurrencies

Claim: Apple to Buy Factory to Produce Your Own Display

Aquaman 2: Amber Heard replaced because of his concerns with Johnny...

100 Billion Dollar Bitcoin Has Not Moved for 1 Year