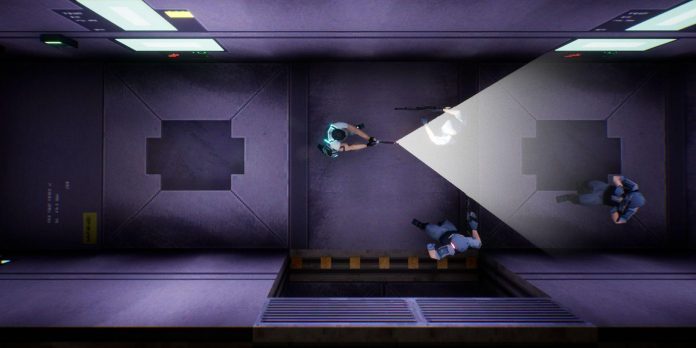 The genre of stealth games has evolved over the past few decades, forcing players to take a calculated and cautious approach instead of firing weapons, as in most action games. This genre of games would not have been possible without Metal Gear Solid 1998, developed by gaming icon Hideo Kojima. Franchises such as Tom Clancy’s Splinter Cell, Deux Ex, Dishonored and others eventually drew inspiration in one form or another from this legendary game. One such game is Undetected, a game that combines the aesthetics and gameplay of Metal Gear Solid.

Undetected is a new stealth game from indie game developer Antonio Freire and his company Merlino Games, and DigeratiDM has taken over the responsibilities of publishing the game. Merlino Games recently released the Undetected trailer, in which many fans can easily see that the game is a giant love letter to the original Metal Gear Solid. Like its mastermind, Undetected will have all the elements that made the original Metal Gear Solid a favorite game, from retro-style graphics to how to play it.

Undetected uses Metal Gear Solid’s unique vantage point, where the player sees what is happening from top to bottom by moving their playable character around a base that pays homage to areas such as Shadow Moses Island. Players will have to navigate through the various halls and corridors that this game offers, avoiding the guards patrolling the territory. There will be some enemies that the player will be forced to fight, with fun boss encounters that would be appropriate in the Metal Gear franchise.

The player will have at his disposal a variety of items inspired by Metal Gear Solid, such as rubber bullets and explosives, while deadly weapons are not available. Players are also tasked with rescuing members of their revolutionary group Los Desplazados. Rescuing these participants will provide them with benefits such as improved overall health or key cards to access certain areas.

Other elements of Metal Gear Solid that Undetected implements are the use of sound and how it affects the player’s invisibility. Footsteps, objects, surfaces and weapons emit sound, which gives players the opportunity to either behave as quietly as possible, or use sound for tactical purposes to drive away enemies. The game will also have many difficulty modes, one of which will even be able to erase the player’s save file if a warning is triggered. Many fans are already praising the game, and many are delighted with how Undetected conveys the look and feel of Metal Gear Solid’s debut on PS1.

Undetected is in development for PC, PS4, PS5, Switch, Xbox One and Xbox Series X/S.