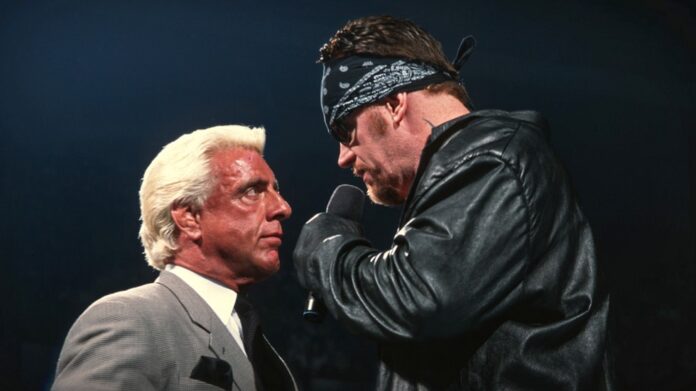 The Undertaker continues their personal interview tour to promote “The Last Ride”. The documentary has released three episodes and is having great success. The veteran fighter spoke to Bill Simmons for his podcast and revealed when he started being one of the WWE locker room leaders. According to The Undertaker, it all started between 1995 and 1996.

“It was around 1995 or 1996,” Undertaker said of when he started being one of the WWE locker room leaders. “It didn’t matter how late you were waiting the night before or what you did, by the time the next bell was ready. I didn’t have time to think about why I didn’t have a good night the day before. That’s how it started and then the People just trusted me. I managed to connect with Vince, and normally when a talent bonds with someone in the office, he becomes a connector. Everyone knew I could go talk to Vince and give him my point of view. I think they appreciated the fact that I didn’t play two gangs and that I was the person to go to when the boys were in trouble. He handled things in the locker room before they had to go to management. ”

When asked if he ever had to come to grips with a wardrobe partner, The Undertaker denied it: “I never had to go that far. I never introduced myself as a bully, I usually take someone from the group to talk. the past, you always knew something bad was going to happen if someone said ‘hey can I talk to you in the shower?’ You always had to look over your shoulder if you went into the shower because you didn’t know if you were going to get punched or whatever. A lot of times, if there was a case where someone was really wrong, he would throw them aside and tell them : ‘look, this is not going to get anywhere’ “.