Home Entertainment Under the Banner of Heaven: 10 TV Detectives Similar to Andrew Garfield’s... 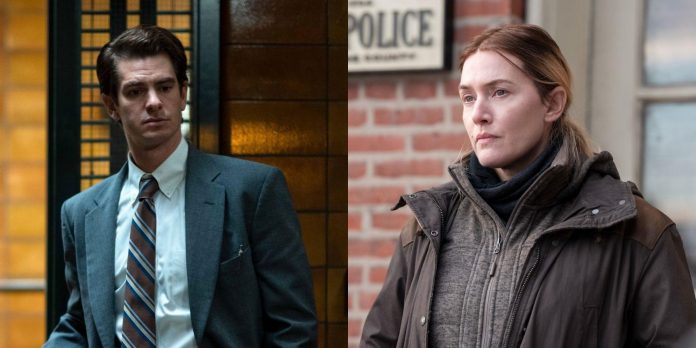 The series “Under the Banner of Heaven” starring Andrew Garfield ended after seven dizzying and breathtaking episodes of a crime drama that kept viewers in suspense until the last scene. Garfield’s performance as devout detective Jeb Pyre, whose faith is tested to the limit, was a controlled and multi-layered demonstration of a beautiful game. But his portrayal as a lawman who slowly discovers himself in a mystery greater than he could ever understand is not unprecedented in the annals of television detective dramas.

Indeed, crime dramas are based on narratives that often explore the contradictory beliefs of the detective, and it is this empathic attraction that prompts the viewer to take the first steps down the rabbit hole with him. Many TV detectives of the past and present were lost in cases that almost failed them long before the mystery was solved.

As in the series “Under the Banner of Heaven”, the popular series “Mind Hunter” on Netflix uses a creative approach to the narration of real crimes. For two seasons, viewers have followed the torments of detectives Holden Ford and Bill Tench as they cross-examined some of the most prolific serial killers in history.

As in “Under the Banner of Heaven,” “Mind Hunter” combined historical facts with a fictional narrative to produce a convincing effect, and its lead detective Ford had a lot in common with the UTBOH Jeb, including his formal appearance and his ability to go head-to-head with depraved murderers to unshakable effect.

Before true crime became the basis of a television drama, David Lynch and Mark Frost in the original series “Twin Peaks” sought to look under the surface of a sleepy small town in America and explore its dark and menacing underside. Since then, Kyle McLachlan’s performance as FBI Agent Dale Copper has inspired countless television detectives.

In  Under the banner of heaven, Jeb Pyre finds himself in the middle of a terrible case that seems out of place in a quiet, devout and law-abiding town. However, as the case unfolds, Pyre, like Agent Dale Cooper before him, will be drawn into a spiritually disturbing mystery and reveal the complexity of his own beliefs.

The Mare (The Mare of Easttown)

Like Pyre, the main character of the HBO series “The Mare from Easttown,” Mare, played by Kate Winslet, is a beloved figure in a community that is deeply shaken by a brutal murder. In the series, Mara will have to overcome public control and her own relationship with the city she loves in order to adequately solve the case.

Both shows are surprisingly similar in concept, as both detectives are emotionally complex figures who find it difficult to look beyond their beliefs and struggle to balance their cozy home life with the brutality of what unfolds around them. It seems that only on the verge of losing touch with themselves, these two detectives find the courage to solve the mystery.

Idris Elba’s role as Chief Inspector of Police John Luther in the popular BBC show “Luther” was a demonstration of acting that was equally harsh and terrifying. Luther was often involved in cases shocking in their cruelty, with criminals whose violent tendencies were compensated only by the genius of the eponymous chief detective of the show.

Chief Inspector Elba Luther was a more ruthless detective than Pyre, but both have similar character traits in their empathy for crime victims and their adamant attitude to solving their cases. Only time will tell if Pyre will get the same move as Luther, and he will be called upon to solve another case.

HBO’s True Detective series redefined murder and detective television for the modern era with its artful and elegiac pace and nuanced relationships between its two main detectives Rust Cole and Marty Hart, played by Matthew McConaughey and Woody Harrelson, respectively.

Both Cole and Pyre are emotionally multifaceted characters whose imperfect personalities contrast sharply with their intelligence. Both put in their share of reflection throughout the show, and both share the ups and downs in relationships with their detective partners. Pyre and Cole are also two very different people, but the two detectives are equally determined to solve their cases, no matter what.

Sleepy little Towns and murders is a powerful narrative cocktail that has been a link in many serialized crime dramas, and Broadchurch starring David Tennant and Olivia Colman is no exception. Like Jeb, Tennant’s Alec Hardy shares an exciting dynamic with his on-screen partner, and the case they uncover is just as unsettling in nature.

Ghost of Ikishima: PlayStation Registered In The Domain Of The Standalone...