Home Entertainment Uncle from Another World: the longest thirteen-episode season in history 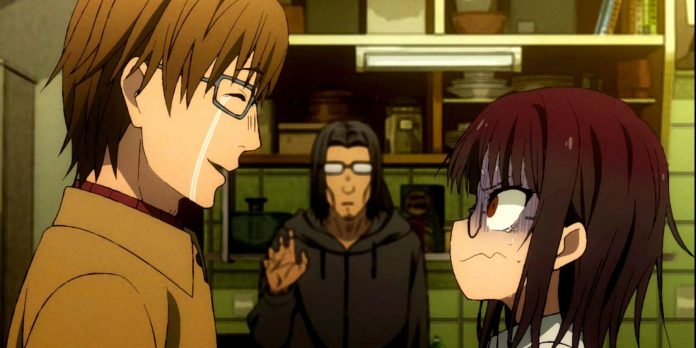 Although the SEGA-inspired uncle from another world may not appeal to everyone, many fans quickly got carried away with the adventures of Ojisan, but it was very difficult for them to complete the first season.

Unfortunately, Atelier Pontdarc Studios has suspended production for the second time after releasing just 3 episodes since their recent hiatus between July and August. The grand finale of the show should air six months (or more) after the debut of the first episode, which, in fact, will make Isekai Ojisan the longest anime season in the entire history of observations, in which there are only a little more than ten episodes.

COVID-19: Still on the warpath

Without denying the disastrous consequences that COVID-19 had on the world, the subsequent general isolation really led to a significant increase in interest in anime. This sudden success is rather bittersweet, as many studios suffered countless delays every time this cruel disease infected their employees. More than two years after the start of the pandemic, postponements are still happening as this creative industry struggles to protect its workers. The infection rate seems to be the highest among voice actors and anime/manga artists, whose unique skills often cannot be replicated through outsourcing, and therefore popular anime such as Demon Slayer, Pokemon Travels, Girl Rental and others have been forced to disappoint them. fandoms at one time or another.

Here are just some anime affected by delays due to COVID-19 infection (only since May 2022):

The broadcast structure of “Uncles from Another World” seems to follow the same chaotic rambling path as the narration in the anime, which deviates greatly from the standard linear timeline. The first episode aired internationally on July 6, 2022, and soon on July 20, it joined the Netflix lineup, and a new episode “presumably” will be released every Wednesday. This plan worked smoothly until just a week after Ojisan’s Netflix debut, things got complicated. “Uncle from Another World” got its first delay after accumulating just over an hour of screen time, as the 5th episode could only air on August 3.

Oddly enough, despite the fact that technically Netflix was already two weeks behind Japan’s schedule, this delay could have narrowed the gap between world viewers, essentially negating the waiting period for fans from Ojisan. Instead, Netflix followed suit by delaying the release date of episode 5, however, they may have been stopped due to the subtitling process.

“Theoretically, it will catch up with the Japanese broadcast.

I certainly don’t want to give Netflix the benefit of the doubt.”

Just two weeks later, Ojisan’s adventures were postponed again when Atelier Pontdarc Studios announced a second postponement on August 31. This time they take no risks and give their employees enough time to recover and complete the production process without additional stress due to impossible deadlines. Fans will have to wait patiently for the end of the year, when the last six adventures of Ozisan and Takafumi will appear, a total of 13 episodes are expected from this Isekai. This corresponds to about 300 minutes of screen time over six (with Netflix, maybe seven) months, which will certainly break some kind of record!

Netflix has a fairly extensive anime collection, making them one of the best streaming sites in the industry, however they are known for releasing large batches of episodes at the same time. For a change, Netflix decided to use a semi-simultaneous route with “Uncle from Another World,” but they quickly lost their near-synchronicity with Japan after only four episodes were released. And now fans have to wait even longer for the last few parts to become available. Most likely, the one who decided to broadcast Isekai Ojisan faced some negative reaction, since Netflix does not have a great reputation in terms of postponing shows so regularly.

Even Crunchyroll has suspended many of its simulcast shows due to the pressure COVID-19 is still putting on the anime industry. Many of their dubbed broadcasts will also be significantly affected, so it’s better to get used to subtitles if you plan to stay up to date with the latest developments!

The 8th episode of “Uncles from Another World” is expected to air on November 24, although it is unclear whether Netflix will share this international release date.