Home Entertainment Uncle from Another World: A look at the world through anime tinted... 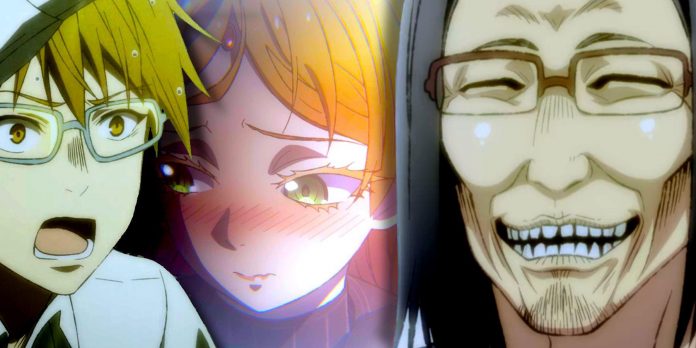 The following contains spoilers for Episode 2 of Uncle From Another World, “Guardian Heroes” Shoulda Been Number One!,” now streaming on Netflix.

It has been seventeen years since Uncle Kousuke Shibasaki (aka Ojisan) had his tragic accident and slipped into a coma, but he has finally awakened, and with some new mystical powers to boot! The only family member to stay by his side is his nephew Takafumi, who thankfully allows the quirky character to live with him.

Despite the significant age gap, the pair bond like long-lost brothers, finding commonality in their shared appreciation for Anime and video games, although in Kousuke’s case, only SEGA is acceptable. While Uncle Kousuke is trying to adjust to the modern world, Takafumi soon realizes that his uncle is using assorted fictional storylines as a frame of reference in order to wrap his head around all the drastic changes.

RELATED: Uncle From Another World: Where Isekai and SEGA Collide

Anyone who has had the pleasure of meeting Uncle Kousuke is sure of one thing: he loves SEGA! The middle-aged man used to obsessively play video games before his misfortune and was thoroughly invested in the Console Wars, but this preoccupation overflows into his Anime selections as well. Takafumi is surprised to find out that Kousuke was also dedicated to watching every single episode of Neon Genesis Evangelion (which is usually reserved for the more sentimental types.) Nevertheless, according to Ojisan, he has learned everything he needs to know about “mature love” from the popular anime franchise, which is still going strong today.

The penny drops, however, when Kousuke states that the only reason he bothered watching Evangelion in the first place was because SEGA was one of their official sponsors. Ironically, he is unable to correctly identify the tsundere’s love interest in the show and does not recognize the stark similarities between Asuka and his Elven mistress from Granbahamal. Regardless of his misconceptions, Ojisan shows his soppy side when he manages to captivate Sumika Fujimiya with the heartwarming story of Kaede Nanase, going so far as to bring her to tears (although she is completely unaware that SEGA’s Alien Soldier is the actual topic of discussion here.)

Kousuke treats himself to a Manga for New Year’s Eve, apparently an old tradition of his that he would like to re-establish. Takafumi breaks the news to his Uncle that his favorite Manga, KochiKame is no longer receiving a serialization, which shocks the socks off Kousuke. He was so confident in the fact that he could just pick up from where he left off in KochiKame seventeen years prior, that he did not even consider the story’s cancelation. To KochiKame’s credit, however, the Manga had only stopped releasing new content a year before Ojisan awoke, indicating that KochiKame was in print for two decades.

There is unlikely to be an episode of Uncle From Another World that does not mention something about SEGA, and episode 2 is no exception. A copy of Nights into Dreams can be seen in the box of SEGA Saturn merchandise that Takafumi purchases for his Uncle, but nothing excites the old man more than seeing his beloved Guardian Heroes once again. After finally reading the final publication of the SEGA Saturn Readers Choice magazine, Kousuke is devastated to find out that his favorite game of heroes only ranked 197th on the list. Getting his hands on this magazine has been his entire motivation for surviving Granbahamal, and it seems that it was all for naught. The public opinion doesn’t stop Takafumi and his Uncle from enjoying the classic SEGA gameplay, which combines a fighting game system with a side stroller (simply revolutionary for its time).

Another namedrop in episode 2 includes Alien Storm, a SEGA Genesis arcade-style game depicting a dystopian society overrun by hostile alien forces. Ironically, Ojisan is comparing his current community standards to the devastation seen in Alien Storm, or perhaps he just feels alienated (excuse the pun!) from this modern-day world. The guys also realize they share a love for the popular Japanese TV show, Waratte Iitomo! (although, after closer inspection, it seems they are each referencing two entirely separate programs that just happen to have Waratte in their names. Oh well!)

Fun Fact: The EVE burst Error reference (the #1 in the Readers Choice rankings) holds an Easter Egg, as Amagi Kojirou is voiced by none other than Takehito Koyasu (Uncle Kousuke)

Even though a SEGA Saturn JRPG game, Grandia, placed second in the overall final rankings, that would not have been much use to Kousuke, he simply does not grasp the concept of Role Playing Games. Whether playing through a console or with the “real life” experience in Granbahamal, this Uncle evidently does not have the adequate attention span or motivation to complete a quest. Even in his youth, Ojisan would forget his purpose in life whenever he attempted to play an RPG, failing to connect the dots between collecting items and fulfilling a task, and inevitably wandered around aimlessly.

Kousuke’s complete incomprehension of RPG gaming is emphasized by the way he handles the situation in Granbahamal when a small village needs help vanquishing a blaze dragon. Ojisan was supposed to melt the heart of the mysterious Mabel and claim her Ice Clan God Freezing Sword before facing the dragon, but alas, that notion was beyond poor Kousuke. Instead, he defeated the wyvern on with his own weapon and encouraged the troubled girl to remain isolated and embrace her recluse personality, likening her situation to his own love for SEGA. Again, his “rose-colored glasses” make Ojisan oblivious to his mistakes, as he truly believed himself victorious in this instance.

Coping With The Modern World

Waking up almost two decades “in the future” is surely an overwhelming experience for anyone, and that’s without the additional turmoil of surviving an alternate reality where everything seems quite lethal! Uncle Kousuke has adapted relatively well to the lifestyle of a YouTuber, and besides his SEGA and online shopping obsessions, he does not seem to be concerned with much else (including potential sexual gratification.) The fact that Ojisan relates almost everything back to his childhood passions is indicative of his attempt to grasp the reality of his situation, and all the drastic changes that have come with it. Reverting to nostalgic memories brings an element of reassurance to this otherwise uncomfortable adjustment period, allowing Kousuke to relate better to the world.

His lack of social skills are undeniable, and it is safe to say this shortcoming probably stems from spending his teenage years isolated in his home, presumable permanently plugged into his SEGA console, and making no effort to form connections in the real world. Surprisingly, this ideology did not change even when he was (technically) submerged directly into a game, and instead of enjoying the experience to the fullest and playing the part of the knight in shining armor, Ojisan is only focused on returning to his beloved video games. This mindset would have surely made the RPG portions of his isekai adventures significantly more successful (not to mention the additional advantages in the romance department).

Cobra Kai: The success of the series reveals what we all...