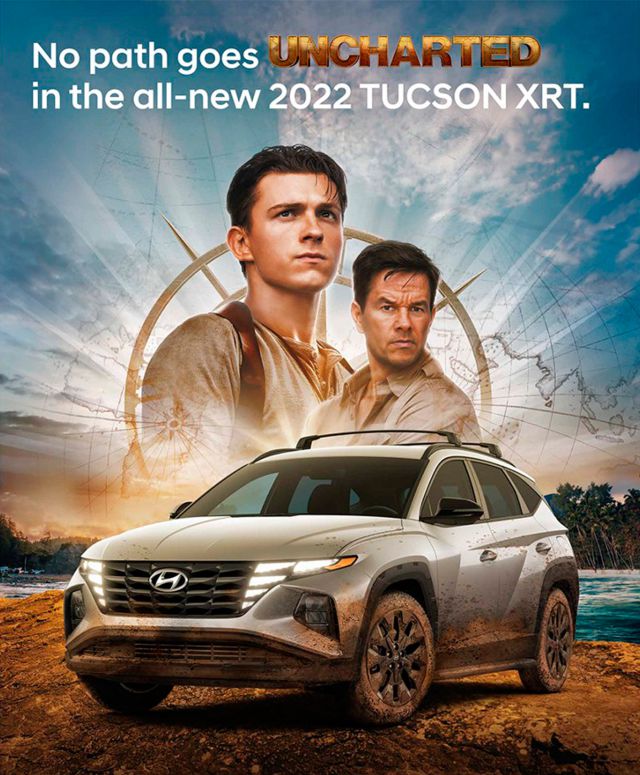 Uncharted: Sony Pictures and the Hyundai car brand join forces again to offer, once again, a witty ad with Tom Holland, now with Uncharted. Uncharted, the new movie from Sony Pictures with Tom Holland as a young Nathan Drake, features a witty ad with Hyundai just days before its world theatrical release. An advertisement that has the actor himself as the main claim, fully characterized as the Nathan Drake of the new film based on such a popular video game saga and that repeats the formula seen at the end of last year, shortly before the premiere of Spider-Man: No Way Home, when Tom Holland already starred in another similar advertisement as Spider-Man.

This is Nathan Drake’s most adventurous car

Thus, and through a fun video clip that you can see on these lines, Hyundai takes the opportunity to make another of its usual product placement in Hollywood to present its new Tucson model, this time, as part of the movie Uncharted. So much so, that we see the good Tom Holland arriving at a service area after one of his adventures to have his car cleaned, while his young version of Nate hangs out with different hobbies.

We leave you with the official synopsis of Uncharted: “The cunning thief Nathan Drake (Tom Holland) is recruited by veteran treasure hunter Victor “Sully” Sullivan (Mark Wahlberg) to recover a fortune lost by Ferdinand Magellan 500 years ago. What at first was a robbery plan for both, turns into a heart-stopping race around the world to get the loot before the ruthless Moncada (Antonio Banderas) does it, who claims that he and his family are the real ones. heirs”.

“If Nate and Sully can decipher the clues and solve one of the world’s oldest mysteries, they’ll be in a position to find the five billion dollar treasure and maybe even Nate’s long-missing brother…but… They will only succeed if they learn to work together.” Uncharted opens in theaters on February 11, 2022.

Venus Williams claps in response to a comparison with her sister...