Home Entertainment Uncharted: The Lost Legacy Was Going To Have Starred Sully 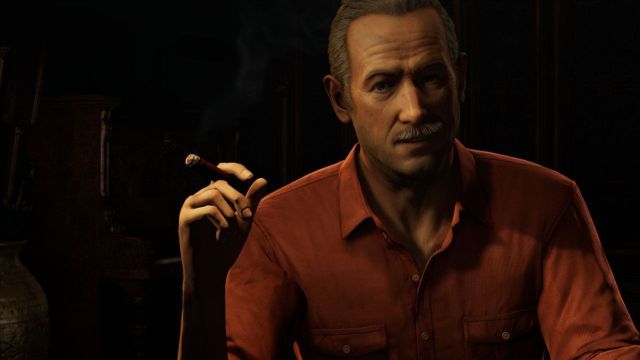 Shaun Escayg, director of this great spin off of the Uncharted saga, acknowledges that Sully was the first name raised but it didn’t quite fit. With the recent release of Uncharted: The Legacy of Thieves Collection we have been able to relive or discover the end -or not- of the Naughty Dog saga, and how after Uncharted 4 they considered how to create a new installment. This came in the form of Uncharted: The Lost Legacy, starring the femme fatale Chloe Frazier, but thanks to an interview with its director, Shaun Escayg, we have been able to know that the one initially raised was Sully.

With Drake’s arc closed after Uncharted 4: Legacy of Thieves, Escayg tells how they had to find a new protagonist for the next iteration, shorter in duration but not in quality. Thus, within Naughty Dog they raised all the characters of the franchise and when they thought of Sully and a hypothetical companion -other than Nathan Drake-, they concluded that it did not fit.

Chloe Nadine stole the show in The Lost Legacy

“I preferred Chloe, because she was always an intriguing character, begins by explaining Escayg, who would leave Naughty Dog to direct Marvel’s Avengers at Crystal Dynamics and later return.” So self-centered, so selfish. You always want to know what makes a person that way. And we combine it with Nadine, a thief and a mercenary, and the disaster starts to come up in your head and suddenly you’re like ‘oh, this is a big conflict'”.

Despite having lost that role in The Lost Legacy, Sully will be a main character in the Uncharted movie, starring Tom Holland and Mark Wahlberg -this one precisely as Sully- and of which we recently saw a poster recreating one of the great scenes from Uncharted 3. Meanwhile, at Naughty Dog, after having ruled out continuing with the franchise after The Lost Legacy, a few days ago they made it clear that they are currently no longer so closed in band in this regard.

Uncharted: Legacy of Thieves Collection is available now on PlayStation 5, with a PC release yet to be confirmed.

The Good Doctor Season 5: Premiere date and what to expect...