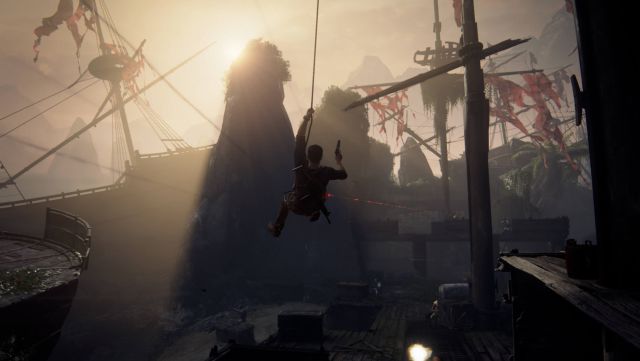 Uncharted: The fourth installment and The Lost Legacy arrive in a remastered version as part of the new compilation for PS5. Enjoy the new trailer. Uncharted: Legacy of Thieves Collection already has a release date on PS5: it will arrive on January 28 (it is not yet known when it will be released on PC) and is now available to pre-order through the PlayStation Store. The compilation includes both Uncharted 4: A Thief’s End and Uncharted: The Lost Legacy. Both titles have graphics, performance and sound improvements thanks to 3D Audio, in addition to taking advantage of DualSense functions such as adaptive triggers. You can enjoy the new trailer in the header about this news.

Two of the most acclaimed games on PS4

Uncharted 4: A Thief’s End is the latest installment in the Nathan Drake saga to date. The title debuted in spring 2016 and automatically became one of the most beloved on PS4. In this adventure, we put ourselves in Drake’s shoes on an intense journey through Madagascar, Scotland and Italy in search of a mysterious treasure. For its part, Uncharted: The Lost Legacy was an installment outside the numbered franchise in which the protagonists were Chloe Frazer and Nadine Ross, who longed to find a strange Indian artifact.

The studio responsible for the Uncharted saga is currently working on a multiplayer title for The Last of Us. The original idea was as part of The Last of Us: Part 2, but they had to change plans by focusing on the development of the main product, to the point of turning it into a video game that will arrive separately in the future.

Uncharted: Legacy of Thieves Collection will be released on January 28 on PS5. Later you will receive a version for PC, developed by Iron Galaxy.

WhatsApp and other networks are blocked in Zambia elections