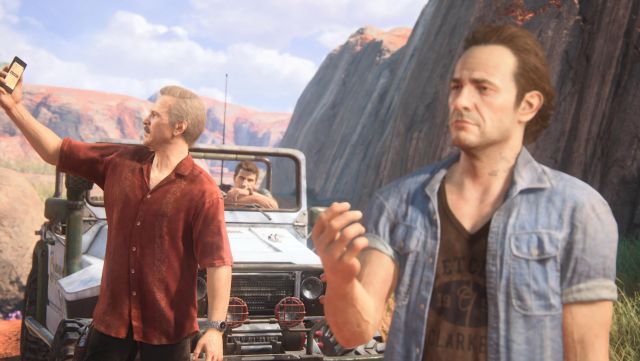 Uncharted: We analyze the PS5 version of Uncharted 4 and The Lost Legacy, which comes with technical improvements of various kinds, although with some absence. One of the sagas inseparable from the success of Playstation in its last two home consoles is Uncharted, a series that has not only stood out for its quality and its spectacular nature, but has also led the way in some of those hallmarks that we clearly see today in the catalog of Sony exclusives. The saga closed the adventures of Nathan Drake with Uncharted 4 and said goodbye with The Lost Legacy, a spin-off with Chloe Frazer as the protagonist. Now, after almost five years, they come back to life with a remastering for PS5 that comes with several technical innovations, an intrinsic and intact quality of both games and, also, some no lesser absence.

Uncharted: Legacy of Thieves Collection is a compilation of the last two installments of the series that wants to take advantage of the benefits of 3D sound, DualSense, the PS5 SSD and the power of the new generation to offer us the best possible experience with two adventures that are the best of the last generation of consoles. And under this prism, the collection achieves what it sets out to do. A masterful closing for a series of memorable characters, Uncharted 4 looks and plays better than ever; The same goes for Chloe and Nadine’s title. Although there is small print, because there always is. The first is that, although Sony has already announced that it would be so, we continue to regret that updates of this type are not free for players who already have the original titles – backward compatible on PS5, by the way – and have prior access. payment of 10 euros. The second, that one of the pleasant surprises of Uncharted 4, the multiplayer, falls out of the compilation.

We do not deny that there is work behind this compilation, and that enjoying 60 frames per second makes us not want to go back to the original framerate, but with the background on the platform itself and on others, the feeling is that the gesture would be more How grateful for the player base of the original titles. In any case, the investment is not exorbitant, but it is there, and it will depend on answering the simple question of whether you want to play these two adventures better than ever.

On the one hand, we have Uncharted 4, the end of the adventures of Nathan Drake and a high farewell. We are not only facing the most visually impressive game in the series when it came out -2016- but also in a title that knew how to pause and deal in depth with relationships and characters that we were going to say goodbye to. For some excessively contemplative, time and finishing it again years later reaffirms us in the essence that we portrayed in the original analysis: we are facing a game that respects and treats its protagonists very well, with a very well spun closure and that is pending everything. That in the credits of the game there is a dedication to Amy Henning (screenwriter of the original trilogy) is a small detail that shows the spirit of the game.

But beyond this, we are surely facing the best game in terms of mechanics in the saga. Uncharted 4 evolves the platforming areas thanks to the rope, which allows you to create new paths and give variety to the automated jumps, as well as giving us the best shootouts in the entire series. And that happens because of the design of the encounters, much more open, with 360-degree action and in which the mechanics of platforming, rope and others are integrated, in a very successful way. Sequences like the ones we see in the Tomb of Henry Avery, at various points in Madagascar or in the final stretch in the middle of an abandoned ship are quite a spectacle of shooting, taking cover, running, jumping and swinging with the rope to hide, surprise enemies and react with those that appear behind our backs.

The title flirts with stealth, mechanics not insignificant, leaves traces of melee combat -improvable- and offers us the escape in Convoy, which is for many the best action sequence that we remember in the series and in action adventures in general. . Everything, of course, with the undeniable cinematographic cut that accompanies the series since its first installment, several extras to replay it and a first approach to open world areas more contemplative than anything else. In short, Uncharted 4 continues to be masterful in its formula, something as certain as if you don’t like the proposal, neither will this fourth installment.

MIUI 12.5 Enhanced canceled for some models!