Home Entertainment Uncharted: Its Director Believes That The Film “Will Exceed The Expectations Of... 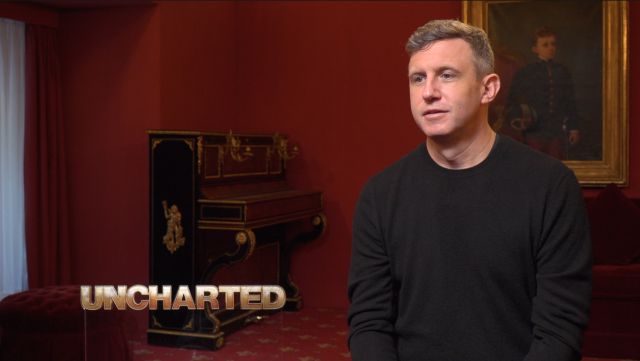 Uncharted: We interviewed Ruben Fleischer on the occasion of the theatrical release of Uncharted, his new film. This is how he describes the chemistry between Holland and Wahlberg. Uncharted makes the leap to the world of cinema this February 11. PlayStation Productions wants to turn its most emblematic video game sagas into media franchises and, for this, the big screen is presented as an unavoidable showcase for many of its licenses. The saga starring Nathan Drake is the first of them since that distant Ratchet & Clank; this is the first with live action actors.

Ruben Fleischer, an American actor known for leading works like Zombieland and Venom, is chosen to direct this adventure in which Tom Holland and Mark Wahlberg play Nathan Drake and Victory “Sully” Sullivan, respectively. Speaking to FreeGameTips at a recent meeting at the Teatro Real in Madrid, Fleischer believes that this film will meet the expectations of fans.

Uncharted, a puzzle with elements from all video games

In conceptualizing this film, Fleischer credits Uncharted 3 and Uncharted 4 as the main inspirations. His relationship with the series dates back to the original PlayStation 3 work. “When the first Uncharted video game originally came out I played it, got familiar with it and obviously enjoyed it. But then, as my life went on, I got busier and busier, I started having kids, and… I started playing video games less and less.” When a few years passed and he got a job stability, he returned to the saga and realized what that name, Uncharted, had become: “When I got my job, I went back and studied the game, I discovered what Nate and Sally had achieved since the last time I played”, he completes. All this made him arouse the desire to have this opportunity, to direct the official Uncharted movie.

“To be honest, we have taken elements from each of the games. From Uncharted 4 you have the flashbacks of Nate and Sam when they were children. So we decided to include it in our story. Obviously, also the sequence of the plane, which is in all the promotional materials, which is from Uncharted 3. And so we were taking small pieces of each one, to build our own world in the film, ”Fleischer details.

Mbappé Wears White in FIFA 22; This Is What The New...