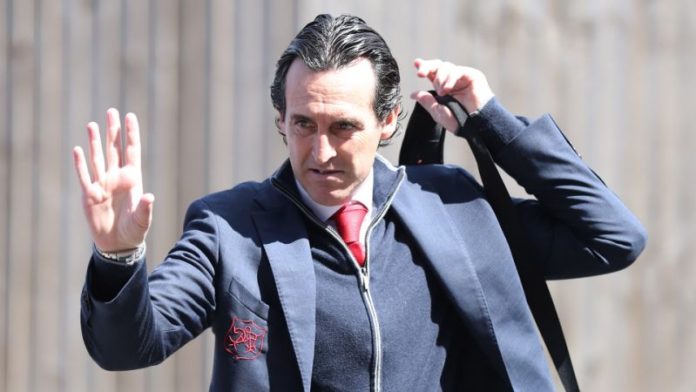 Unai Emery has stopped being the Arsenal coach this Friday, after the London club announced at midday the dismissal of the Basque coach. The former Sevilla, hours later, wanted to thank the Gunner fans for all the support received throughout the year and a half in front of the team.

“It has been an honor to be the Arsenal coach.

To all the fans, I want to thank everyone from the bottom of my heart for helping me understand and feel the greatness of Arsenal. To all who have supported us from all corners of the world, to all who have come to the Emirates, to all who have waited in the rain and cold just to greet me after a game. I want to tell everyone that I have worked with passion, commitment and effort.

I would have liked nothing better than to have achieved better results for you.

I also want to send a message of thanks to all Arsenal employees for the way they treated me. The greatness of Arsenal is in every director, executive, employee, assistant and volunteer.

In particular, I want to highlight Ivan Gazidis, who received me at the club, and Raul Sanllehi, Edu and Vinai Venkatesham for their respect, company and help. Until the last minute I have been treated with honor and honesty. And, of course, I send my sincere thanks to the Kroenke family, for their trust.

It has been a year and a half full of emotions, of great moments and other more bitter moments, but it has not been a single day without me having stopped to think about the luck that I have had to work for this club with these players and Their qualities Professional and personal.

They have always honored the shirt they wear. They deserve your support.

I had already experienced a lot in football, but I enjoyed and learned a lot in England, in the Premier League, about respecting professionals and about soccer purity.

The pressure had increased for Sevilla’s ex-coach on the London bench, especially after his team spent five games without winning a Premier League victory, remaining eight points in fourth place in the English league.

Last Saturday, there were chants against Emery by the Arsenal fans, who asked for the Spanish coach to leave during the game that the Gunners played at home against Southampton (2-2). In fact, there was a huge whistle at the end of the match, although Alexandre Lacazette rescued a point with a goal in the added.

Despite the prick in the Premier League last Saturday, Emery continued in his position in the Europa League game Thursday night against Eintracht Frankfurt at Emirates Stadium (1-2 defeat), a situation that frustrated many fans

The North London club has already been looking for potential candidates to replace the Paris Saint-Germain ex-technician, although he will raise the subsidiary coach Freddie Ljungberg in the meantime.

“Our sincere thanks to Unai and her colleagues who were relentless in their efforts to make the club compete again at the level we all expect and demand. We wish Unai and her team nothing but future success.

The decision has been made because the results and actions are not at the required level.

We have asked Freddie Ljungberg to take responsibility for the first team as an interim coach. We have full confidence in Freddie to move us forward.

The search for a new head coach is underway and we will make a new announcement when that process is completed. “