Home News UN prepared for worst in Syria over withdrawal of US support for... 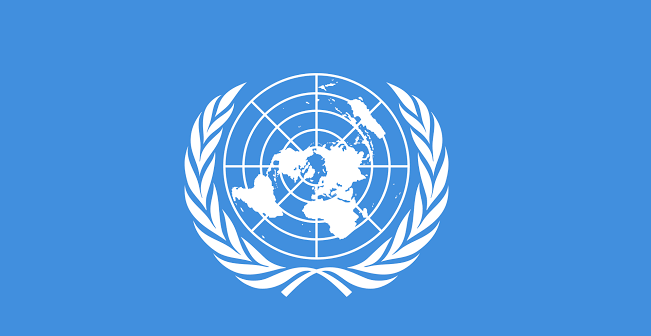 UN prepared for worst in Syria over withdrawal of US support for Kurds. The UN has admitted today that it is “prepared for the worst” in northern Syria after the United States has announced that it will not oppose a Turkish offensive against Kurdish militias.

“We do not know what will happen (…). We are prepared for the worst, ”Panos Moumtzis, coordinator of the UN humanitarian operation in Syria, told a press conference in Geneva, Switzerland.

He added that the UN is “in contact with all parties” on the ground, but has not been informed of Washington’s decision to “abandon its former Kurdish allies” in fighting Syria’s jihadists.

Panos Moumtzis said that at the moment the UN’s priorities are to ensure that a Turkish offensive does not provoke a new wave of refugees and that humanitarian access is not impeded in the region.

The UN has a contingency plan to respond to the new civil suffering but “hopes it won’t have to be used,” Moumtzis said.

Turkish President Recep Tayyip Erdogan said today that a Turkish offensive could be launched at any time in northeastern Syria to, according to the foreign minister, “clean up” the region of “terrorists” that threaten its security.

The withdrawal of US forces from key positions in Ras al-Ain and Tal Abyad has already been confirmed by the Syrian Observatory for Human Rights.

Turkish presidency spokesman Ibrahim Kalin wrote on Twitter that “Turkey will continue to fight Daesh” (Arabic acronym of the self-proclaimed Islamic State group) and vowed not to be reborn “from a one way or another ”.

These statements came after the US announcement on Sunday that they would not be involved in this Ankara operation against Kurdish militias and that their troops would be withdrawn from certain areas in Syria to allow the Turkish operation.

The aim of the operation is to eliminate the main Kurdish Syrian militia, the People’s Protection Units (YPG), and its political arm, the Democratic Union Party (PYD) in Syrian territory east of the Euphrates River.

Due to its relationship with the Kurdistan Labor Party (PKK), the active Kurdish guerrilla in Turkey, Ankara considers both YPG and PYD terrorists.

While the PKK is classified as a terrorist organization, not only by Ankara, but also by the United States and the European Union, the latter two consider neither YPG nor PYD to be terrorists.

On the contrary, Kurdish militias were allies of the United States in the fight against the Estado jihadist ’Islamic State group.

Turkey has been pressuring the United States to create a security zone in Syria, a 30-kilometer strip along the border, where it plans to reinstall Syrian refugees.

Since 2016, Turkey has conducted two major military operations in northwestern Syria to clear the Islamic State and YPG region.

Ankara says the presence of the YPG and PYD in eastern Euphrates is a threat to their national security and has accused the United States of arming and training them.