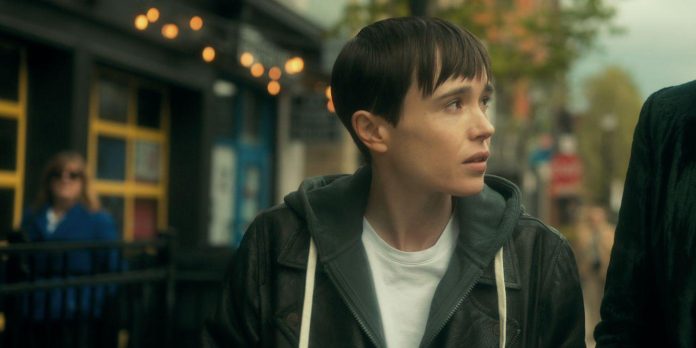 Warning: Contains spoilers for the third season of The Umbrella Academy.

One thing that became clear in the third season of Umbrella Academy is that the show needs to stop blaming Victor for every apocalypse the characters face. While each season of Umbrella Academy had a story very different from the previous one, each of them revolved around an apocalypse that somehow returns to Victor. The show managed to get a lot out of it, but at the same time it started to set a bad precedent.

In the third season of Umbrella Academy, it turns out that Victor is again responsible for the apocalypse. After Victor accidentally gave Harlan powers in season 2, he grew up with virtually no control over his powers, and when Sissy died, he was so distraught that he completely lost control and accidentally killed the mothers of all the members of Umbrella Academy. before they could give birth to them. This created the grandfather paradox, which spawned Kugelblitz, who began to slowly destroy the entire universe, and although the series focuses on Harlan killing all mothers, since Victor was the one who gave him his powers, technically it’s Victor’s fault, making it the third time in a row that Victor was to blame for the apocalypse..

This is, of course, the biggest problem currently facing Umbrella Academy: its inability to get anyone other than Victor Elliot Page to cause the apocalypse. Since Victor is still responsible for the apocalypse in every season, there is an inherent sense of repeatability that drags the show further than necessary. Even if the stories related to the apocalypse were different, it still creates a clear formula for the show, which at the moment has become more than exaggerated, and it even hurts Victor and all the other characters.

In addition to the fact that Victor is responsible for the apocalypse, another storyline that is more or less repeated in every season of Umbrella Academy is that the Hargreaves, including Victor himself, have to wonder if Victor is just a burden to the family and the world like everyone else because of the aforementioned connections with the apocalypse. While the arch of Victor’s character in Umbrella Academy really revolves primarily around him and his family admitting that he is not a burden to anyone, the fact that they all have to continue to perform these movements creates the impression that no one has grown up throughout the series. in relation to Victor. This lack of development becomes tedious after season 3 and three years, and it only hurts the series, especially when people other than Victor were allowed to stick to their character’s development.

In general, the most important thing that Umbrella Academy needs to do now is to stop holding Victor responsible for every apocalypse. The show has done this three times in a row already, and not only is it repeating itself, but the stories surrounding it have led to Victor’s character development being too stagnant for this point in time. With everyone losing their powers and Sir Reginald Hargreaves apparently becoming the main antagonist, the 4th season of Umbrella Academy is likely to have a completely different storyline, and if that’s the case, then Victor and the series as a whole will surely win. from him.

Why the director of “John Wick” will not shoot “Daredevil” MCU