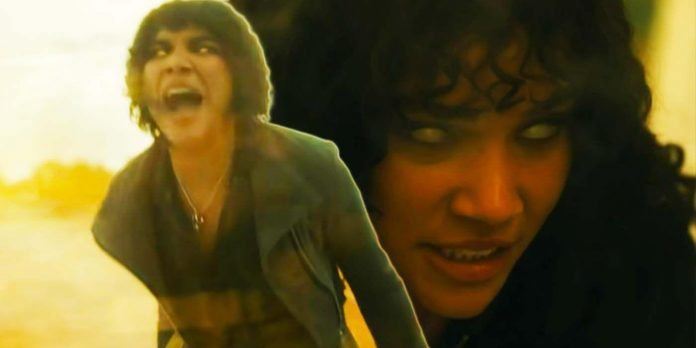 Warning: contains spoilers for the third season of The Umbrella Academy.

In the 3rd season of Umbrella Academy, Allison’s strength gets a serious boost, but how and why it is not fully understood. While Umbrella Academy competes with Sparrow Academy in the race to save the universe, the teams have to work together against huge threats. However, unlike the second season of Umbrella Academy, there is less focus on Umbrellas improving control over their powers, and more attention is paid to the new characters of Sparrow Academy and the return of Harlan. That is, except Allison Hargreaves.

Allison Hargreaves has always been shown that the power of Umbrella Academy needs the phrase “I have heard rumors…”, and if she is prevented from speaking or cut off in the middle of a phrase, her power becomes unusable. After trying to “listen” about herself (unsuccessfully), Allison eventually helps Victor with his plan to deprive Harlan of his powers. During this confrontation, she tries to force Harlan to stop the process with her powers, but it won’t work until she shouts out a command without using a phrase and her power takes effect. After that, she discovers that she doesn’t need to use the phrase “I heard rumors…” at all.

Link: Who is the narrator in the third season of Umbrella Academy?

Allison claims that her power shift in the third season of Umbrella Academy is “Harlan’s residual gift.” However, the broader context of the series suggests that Allison is actually wrong about the reason for the change of power. Reginald Hargreaves explains to Klaus that another version of him must have made them feel small, “entangled in [his] own powers so [he] could control [them].” This was especially true for Victor, but Reginald Hargreaves also restricted the other Umbrella Academy kids, so they were able to expand their powers while away from him in the second season. Allison never really needed the phrase “I’ve heard rumors…”, it was just a crutch that Reginald convinced her to believe in.

This change in Allison Hargreaves’ abilities may seem like an extreme change to Umbrella Academy in season three, but it actually brings her abilities more in line with her comic book origins. In the Gerard Way and Gabriel Ba comics, Allison doesn’t need to use any phrase to use her powers-just by saying something, it becomes true. This still requires her to be able to speak, and just like in the first season of Umbrella Academy, the first comic book story arc ends with the Seventh cutting Allison’s throat and preventing her from speaking, making her power unusable for a while.

In fact, in the Umbrella Academy comics, Allison’s powers are even stronger from the very beginning than they are shown in the third season of Umbrella Academy. let her change reality itself. In an early short comic, the team found Allison’s dead body, but it turned out that she was still alive, despite the fact that the body is genetically identical. Allison lied to Reginald Hargreaves and said she was studying at the library, and in doing so created an alternate version of herself who actually studied at the library and was then killed.

Free Fire: Weekly Schedule From December 29 To January 4 With...

Ron Perlman Wants To Make Hellboy 3 For Fans Despite His...