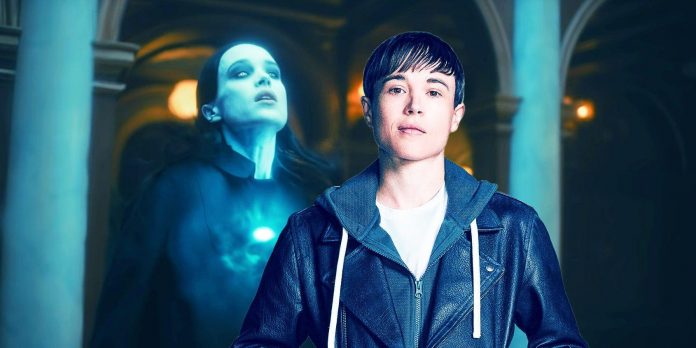 DoesVictor have any powers at Umbrella Academy? Absolutely. Originally considered the only member of Umbrella Academy without abilities, Victor Hargreaves (Elliot Page) turned out to be the most powerful and dangerous of all. However, the Netflix show did not always make it clear what Victor’s abilities are and how exactly they work.

By the end of the first season of Umbrella Academy, it was revealed that since Victor’s powers are linked to his emotional state, Reginald Hargreaves tried to control Victor’s powers, but failed; rather than risk losing control of Number Seven, he instead chose to keep him heavily drugged and force Allison to “talk about him.””to make him believe that he is ordinary. The truth remained hidden until Umbrella Academy superfan Harold Jenkins (John Magaro) discovered what had happened and took on the task of uncovering Victor’s memories and power.

After getting close to him, Leonard organized a series of stressful situations to activate Victor’s abilities. However, Victor’s powers turned out to be too strong for him to handle, and became deadly. He killed Leonard in anger after nearly killing Allison (Emmy Raver-Lampman). Eventually, his powers became so strong that he destroyed the moon and caused an apocalypse, which the Fifth tried to prevent. In the second season, despite the fact that Victor lost his memories during a trip to 1963, he demonstrates much better control over his powers than before, which is probably due to his stabilized emotional state. That’s how Victor’s powers work.

Victor’s powers allow him to manipulate sound waves at will, converting them into energy, which he can then use in any way, from telekinesis to flight. Just like the powers of his brothers and sisters from Umbrella Academy, Victor shows that his unique skill can be applied in many creative ways. It can transform sound waves into bright white destructive energy and can create protective barriers strong enough to stop bullets. While it may seem simple, Victor also demonstrates other abilities that are clearly unrelated to the manipulation of sound waves in the Netflix series. He has super hearing, and he can control the weather and matter in general, which is seen when his clothes and eyes change color.

While in the Umbrella Academy comics, Victor channels his power through his instrument (he even went so far as to adopt the name White Violin, which is referenced by his clothes in the season 1 finale), his character in the Netflix series can use any sound, from a ring of glass to the beating of his own heart, to unleash incredible power, although using the violin does focus his power. If there is a limit to Victor’s strength, it has not yet been studied: viewers have seen him destroy buildings, stop rockets and blow up the moon.

An interesting development takes place in the second season of the show, when Victor can transfer his power to Sissy’s son Harlan (albeit unintentionally) and bring him back to life. This creates a telepathic connection between them, which he can later remove, but which still left the boy with strength. It’s hard to pinpoint exactly how Victor’s power works, especially in scenes like this, but it opens up the possibility of increasing Victor Hargreaves’ power in season 3, or at least using the same ability again.

Is Victor Hargreaves a canon? How Season 3 Is Coping with Elliot Page’s Transition

Victor is unique for The Umbrella Academy’s TV adaptation. The character portrayed by Paige is called Vanya in the comics, and he bears the same names and pronouns in seasons 1 and 2 of Umbrella Academy. However, like the rest of their brothers and sisters at Umbrella Academy, number 7 was changed for the small screen. In the comics, Vanya identifies himself with his assigned gender at birth. Vanya is Cisgender and does not question their gender identity or transition, using the pronouns she/her everywhere. Victor, the seventh number of The Umbrella Academy show, trans. He identifies as male and has been using the pronouns he/he since season 3. This is a unique detail of the show that simultaneously reflects Elliot Page’s transition path and allows Umbrella Academy to explore more LGBTQ+ stories. Elliot Page will still play “Vanya” in scenes with Victor before the transition (probably in flashbacks) in the third season of Umbrella Academy.

Elliot Page went public in 2020, after seasons 1 and 2 of “Umbrella Academy” aired. When Page announced his transition, speculation arose about how the show would adapt. Asking him to continue playing a cis woman may have put a heavy burden on his mental health. Remaking his role was also out of the question, as his image Number 7 was incredibly well received.